This is a short, wet, slightly quirky song originally improvised to tape in 1994, then re-recorded in 2007. I played it first at the Skunk open mic with 3 hand-drummers playing along, and they were a bit shocked that the song ended in less than 2 minutes. 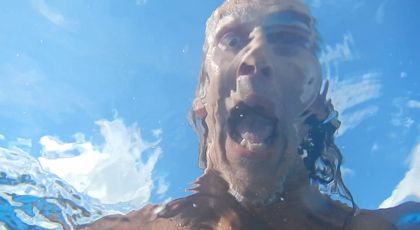 Recorded at mangobananas studios, Ithaca, NY. All sounds by me (bass, organ, piano via Logic samplers/modellers) except drum kit by Jon Morse.

From the album 'refresher'. The original improvised version is here.