Here's a studio composition Tim and I worked on together back on May 20, 2006. Tim came over for about 3 hours during one of his first visits back to the US after moving to England. We started out with some pre-baked Apple Loop with a nice Latin percussion feel, found a tempo we liked, snd started building on that. As I wrote in the studio log: 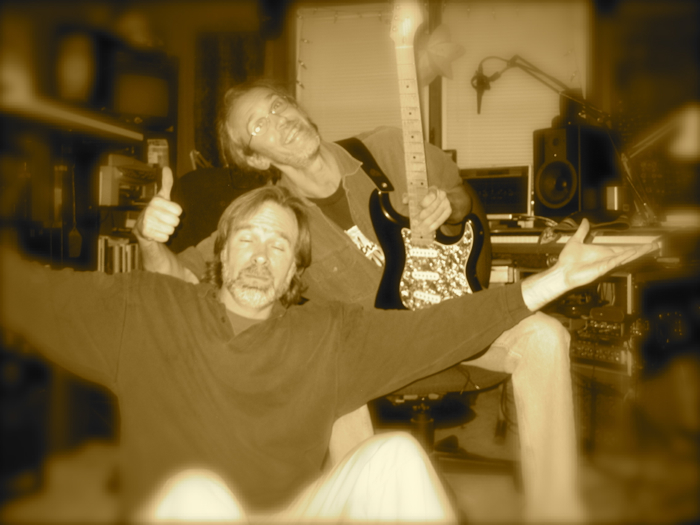 this was a rockin' loop we got going on, with Tim riffin out and me jammin over it --and check the little grunty yeah yeah noises in the drum loop! We recorded a splurge of jammin' over the loops on electric guitar (Squier Strat), with Tim on bass (Ibanez Roadstar). It was a fun jam ... We jammed out, then played around with some cutting and pasting and tried to build an arrangement.... Cool jam! Small World!

After not listening to it for probably a few years, I was surprised a few weeks ago when it came up on "shuffle" at the complex riffs and the infectious groove. This one really seeps in and has been bopping around my head for a few days now.