Last year, in Mid-July, my dog Caico and I were making our way along our usual trail through a few hundred acres of woods along beautiful 10-foot wide old logging roads. We rounded a corner and saw our trail had been completely blocked by a huge old oak tree that had fallen right across the trail. I had my guitar strapped on, as usual, and started singing this song, with the first few lines in my head. 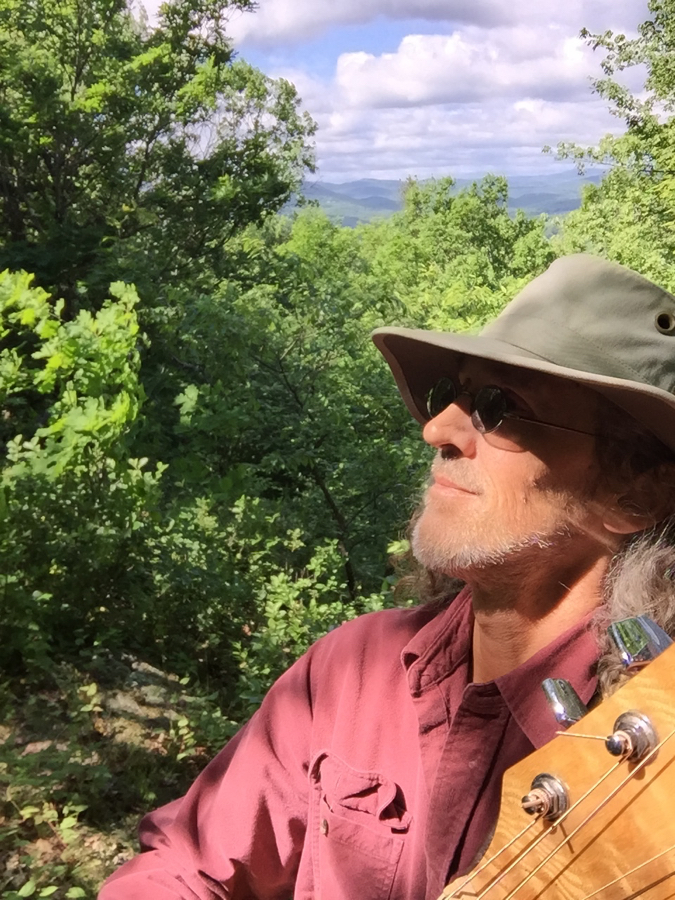 I pulled out my iPhone and recorded the idea. I strummed it for the rest of the summer and fall, but never developed the rest of the idea to flesh it out. Once or twice I had additional lyric ideas, but just a few lines, and I was missing something to hold it all together. Winter came, and I pretty much forgot about it. This spring, when I started walking Caico with a guitar again, I remembered it, and started playing it occasionally again.

Then last week, on Thursday, June 16, I sat down at a picnic table that the neighbors put atop the tallest hill on their land, and more words just flowed out. I typed them into my iPhone, and had maybe two-thirds of the song written. Then on Tuesday the 21st, Make Music Day, I wrote the rest of the verses, but I felt it still needed something. On Wednesday June 22, I was determined to finish and record it. As I walked Caico that morning, I used my iPhone to record a few ideas for the third part. I had been singing "what am I gonna do?" or "what are we gonna do? over a C#m/Dadd9 progression, but I didn't like it. The jam on Em/Bm7 with the repetition of the little descending lick from the Em of the refrain popped out, and I splurged some words over that in a memo. But none of those words were working, and I actually said in the voice memo "I keep wanting to turn this into a happy song but it's supposed to be about how everything is crumbling, how nothing is certain anymore." So the next thing I sang to my phone was the hook of the bridge/chorus/outro, the melodic "nothing is certain anymore".

When I got home I opened Logic, started a new project called "crumbling" from my Andy Band template, and used the piano roll editor to create the drums, bass, and organ tracks, with Logic's EXS24 sampler providing drums and bass sounds, and the EVB3 modeled organ. I was recording in the live playroom with the French doors open and it was starting to pour rain outside as I recorded guitar and vocals. I started with my Taylor 310, but the strings are old and dull and I messed up a change, so I stopped and switched to my Skunk / dogwalking guitar, my Ibanez with the figured ash laminate body and fresh strings. The first take was good. Then vocals through my Rode NT1-A large condenser mic, and the first take was a keeper, but I didn't have any words for the bridge/outro, just a few moans. I picked up my iPhone to see if any of my music memos had good ideas, and heard myself at the end of that morning's memo singing this. I hit record, and before long I had added five tracks of backing vocals, and I had the hook the song needed. 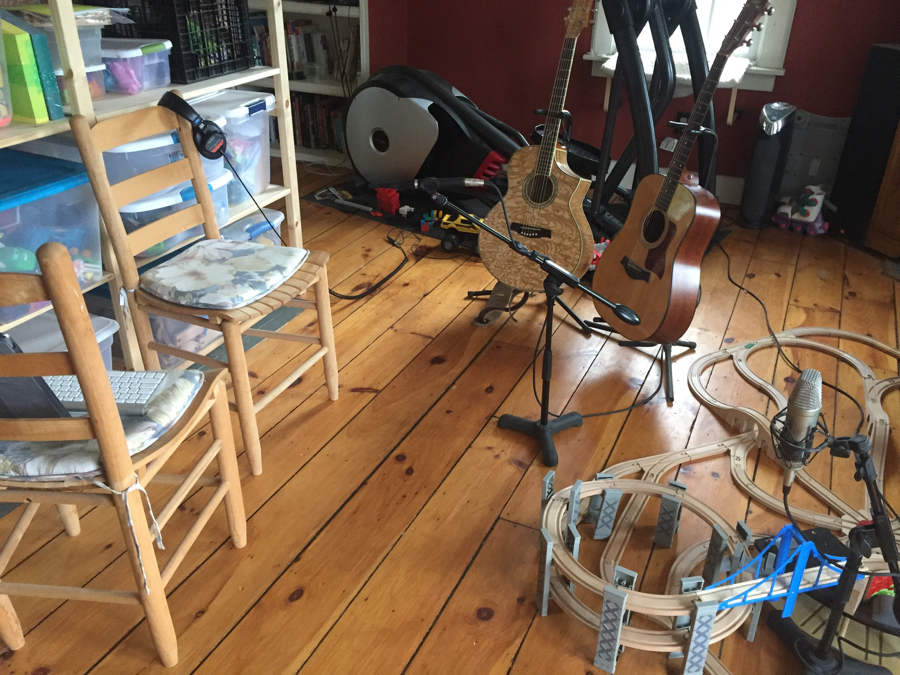 I'm looking forward to playing this song out live, soon. But it will be a bit of a challenge, not just for me but for anyone trying to accompany me, because it has an unusual structure of only three measures per cycle, where four is what nearly anyone would expect.