Recorded just a few days before last week's pick, "grind", this is also an instrumental that was born in the studio. I had recently gotten my new MacBook Pro (17-inch, early 2009), which has served me really well to this day (but won't be supported by macOS Sierra 10.12!). This started late on a Saturday night, March 28, 2009. I programmed sampled drums and bass first, in a short loop. Then I played the Fender Rhodes riff on my MIDI keyboard, using Logic's EVP88 modeled Rhodes. Then I plugged my Strat in directly and had a completely clean tone when I recorded this solo in one take. I then added some delays and an auto-fuzz wah setting that blew this into a monster. There is some wicked fast finger picking, some gorgeous harmonics, and just killer talking, moaning, wailing licks. Later I added the subtle little pad-like plonks of occasional piano chords to thicken up the backdrop. But still, as I wrote in my studio log, it's "still too long and masturbatory and unchanging." But I still really enjoy it, and imagine some of my guitarist friends might also appreciate it. 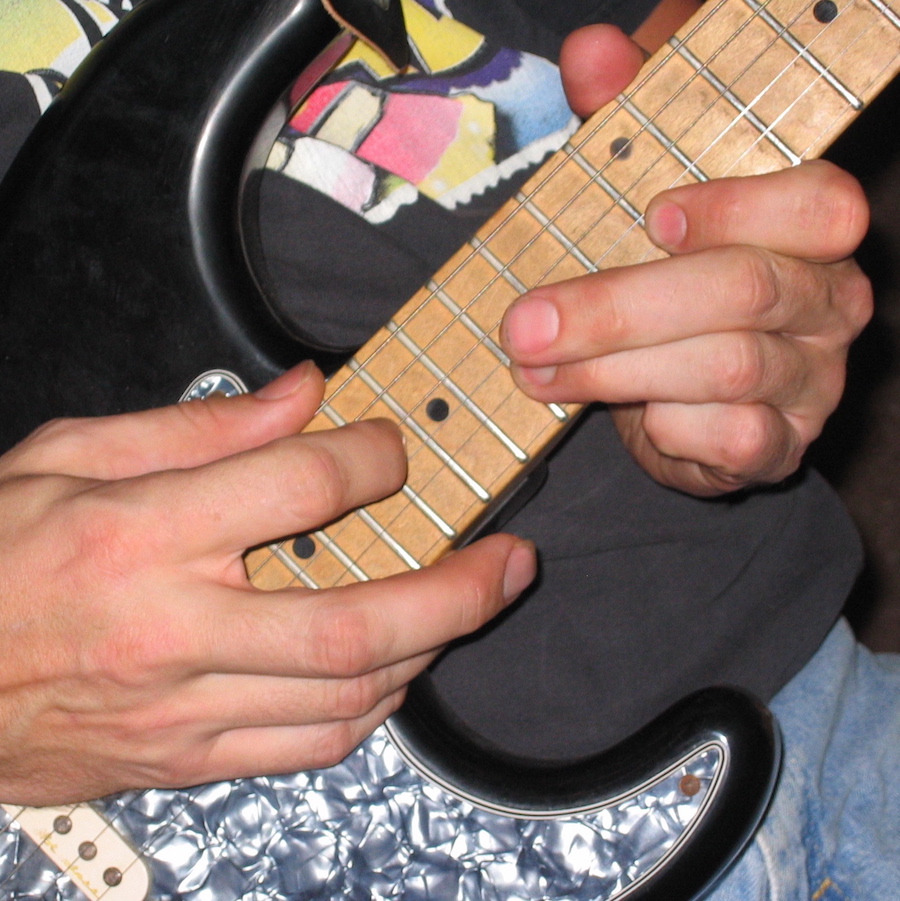 This ended up on my instrumental album from 2010, cymbal monkeys.