I've played this song a lot at open mics since writing it, and it's never the same, with a lot more words than in this recording. I usually start the groove up and tell the story of adopting our dog Caico from the SPCA in the Turks and Caicos Islands in December 2009. 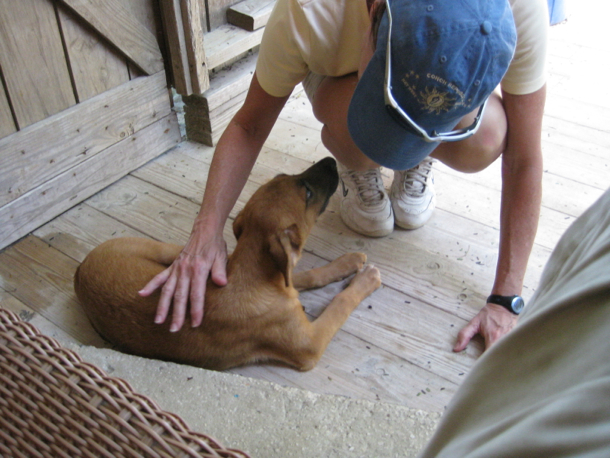 This song was written less than a week after bringing her home, an improv on top of a simple, soulful progression. Caico was frightened of just about every new noise and sight for the first few weeks at least, and getting out my guitar and bass and playing in the studio was no exception, of course. But any dog of mine is going to have to learn to tolerate the noises of a recording studio. This song is to try to soothe her at the same time as get her used to her new reality.

Recorded at mangobananas studios, Ithaca, NY. All sounds by me. 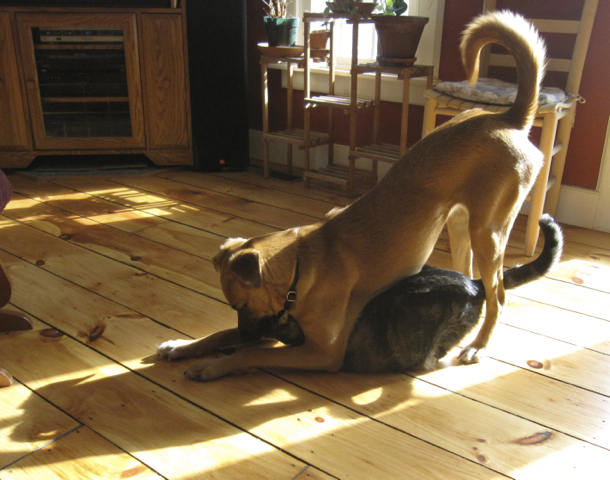 There's some video of puppy Caico in the 'anything but love' music video.