This is pretty much an unfinished song, one where I had some guitar music I liked and played a lot, and a melody to sing over it, but I was waiting for the words to reveal themselves. I tend to not push myself enough to WORK on writing words, and instead seem to expect them to pop out from my subconscious --which they do only occasionally. If you're the opposite, saddled with hundreds of song lyrics that haven't found matching music, we should talk! 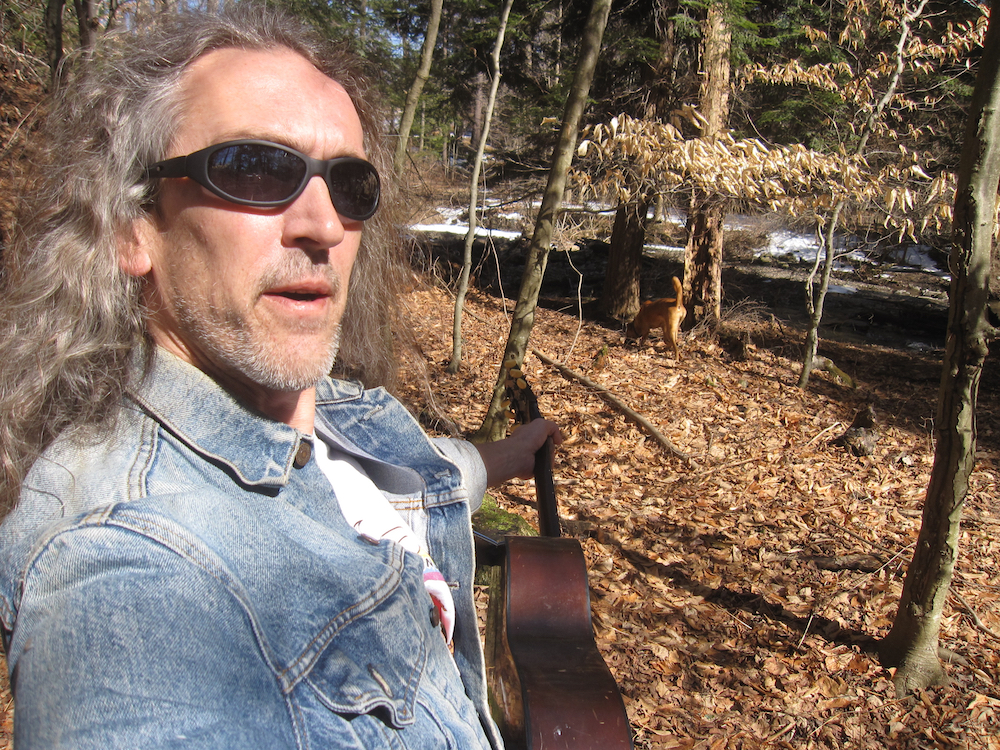 I came up with this bit as soon as I started bringing my guitar on dog walks again in the spring of 2010 (pic above from March 16, 2010!), and this recording was done on April 7, 2010. The mics pick up my improvised vocals pretty well, which start out complete nonsense noises, but when I get through to the end of the first chorus I start singing real words, singing about improvising a song. There's some really sweet noodling around on that sweet Taylor 310 acoustic guitar, too. I only very rarely use a pick, and I really like the fingerpicking during the last minute or so.

Recording info: The guitar is in standard tuning capoed at the second fret. You can hear me say "gets the idea down" at the start of this one. Recorded in the old mangobananas studio in Danby, NY, just south of Ithaca (we moved to VT in September 2010). My studio always has two mics ready to go for acoustic guitar recording. I usually have my high-end, small-condenser EarthWorks SR77 pointed toward the 14th fret or so at about a 30 degree angle (toward the sound hole) about 8 inches away, and my Rode NT1-A pointing at the sound hole from 2 or 3 feet away. I programmed a really simple drum beat with my Akai drum pads first, then let it roll and got the idea down. I toyed with adding sampled cellos and bass but didn't get any further without the structure of lyrics. 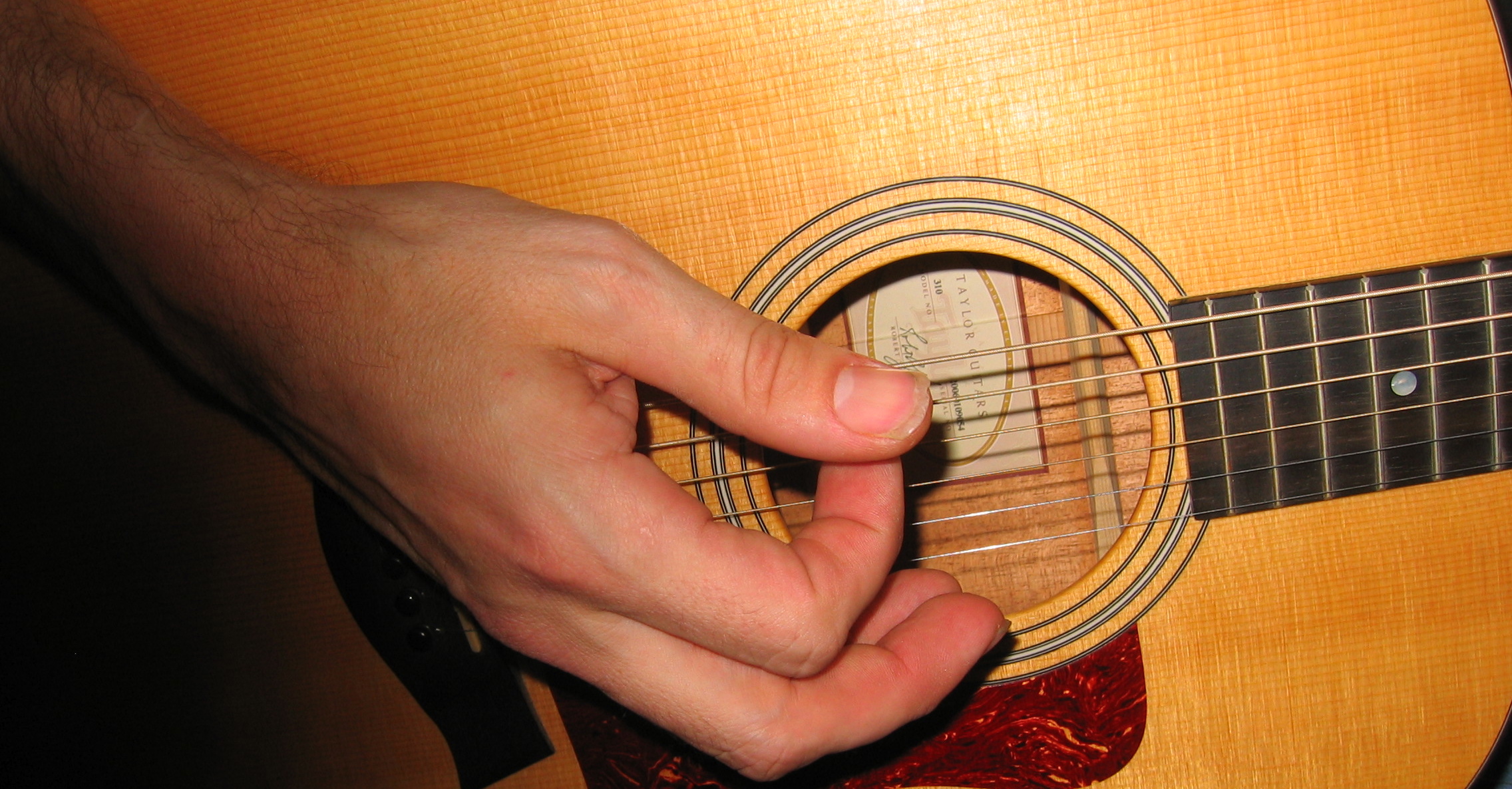