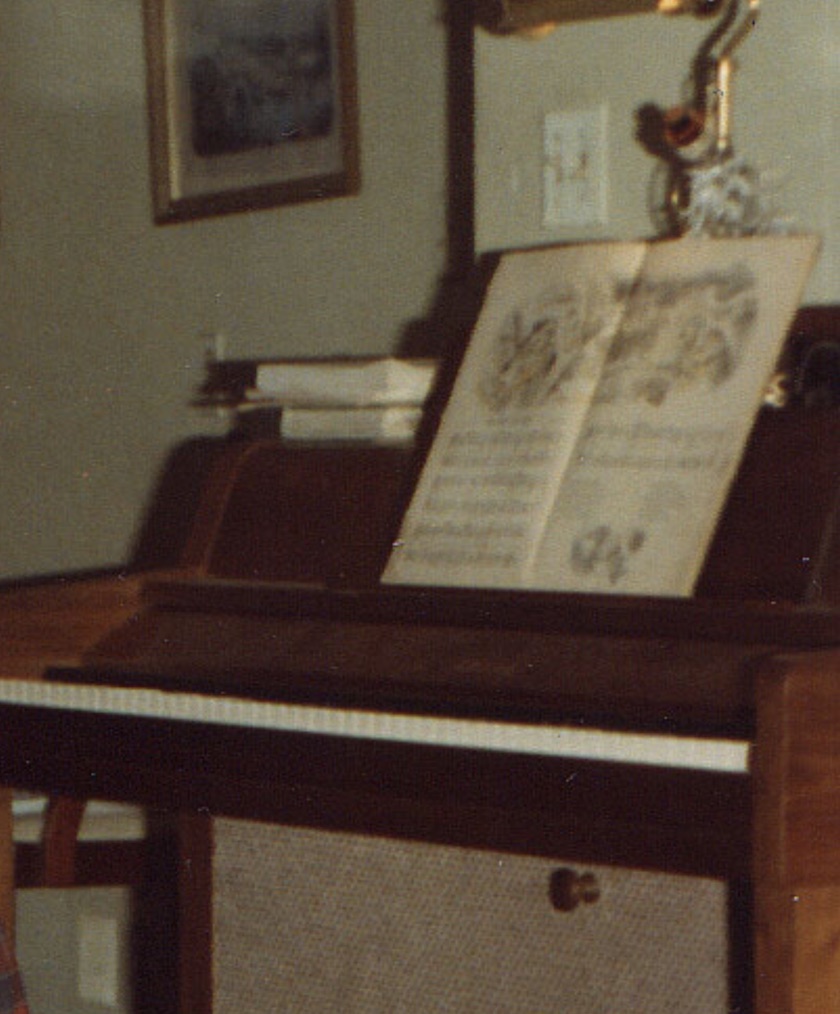 This recording is from April 1983, when I was not quite 18 years old. It was recorded in my parents' house on the family piano. I'd taken piano lessons when I was seven, but they didn't last long. I continued noodling around on the piano, and could play a lot of Elton John songs by reading from a couple of big books of his music that belonged to my older brother Doug, who was a big Elton fan and a really good piano player --not to mention a pioneer in electronic music. Coincidentally, this song was written on Doug's birthday, April 6, 1983. I remember taking those Elton John music books to school that senior year a lot and playing piano while my friend Paul Vignaux sang in those little practice rooms around Kulp Auditorium at Ithaca High School.

This recording was made a few days after I wrote it, on April 14. I first recorded piano, then bounced to a second tape deck while merging in vocals, then bounced a last time merging in some classical guitar. The tape-to-tape bouncing (copying while mixing in new live audio) wasn't solely responsible for the muffled sound of this recording. Something happened to the tape that caused it to deteriorate, and it's uneven --getting momentarily clearer in waves toward the end. But, at the end of the day, it's all about love, and this is a pretty sweet little love song.

But honestly, I'm a little embarrassed by the schmoozing, self-serving mechanism of "you think I'm so special, well you're even more special". A love song for my self as much as for my girlfriend, perhaps. ;-P But again, I was 17. Spring of my senior year. Here's a picture from graduation in June, with my family in front of our home on Warren Road: James, Doug, me, Dad, Mom: 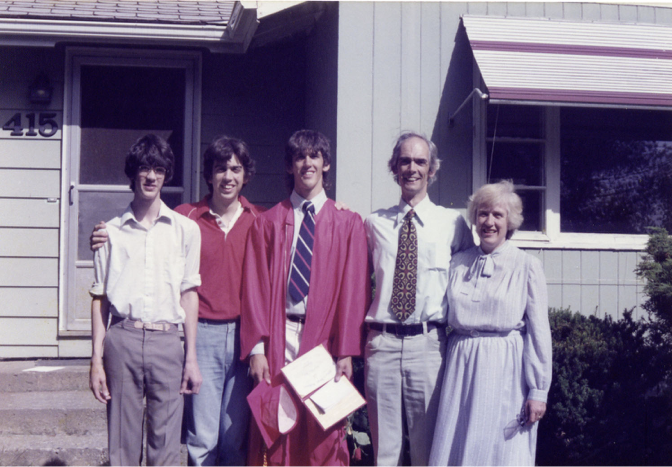 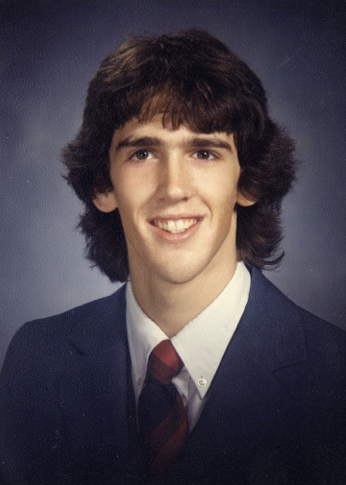