This was the second song I wrote, about 8 months after getting my first guitar, on 25 March 1979 --just over 38 years ago! I wrote it in March, but it wasn't until July that I brought it to the band and we worked out parts for everyone. We also decided it needed a third verse, so Tim wrote one.

This was the favorite Voyager song of Pete's brother Fred. He used to help out during practices by manning the reverb knob on my amp. He'd crank it to 10 for the intro. I'm sure he manned the reverb knob for this recording from the eponymous Voyager album, too.

For some more stories about this classic pop-rock album, check out these previous picks: "Live It Up", "Just Surviving", "Staying Up All Night", "Voyage", and "Oasis".

Here are some old scans of photocopied black and white photos from a poster we made in the summer of 1980 with pictures from our gig in June 1980 (with Pete!) at the Junior Deputy Camp at Camp Barton, near Ithaca, NY (where we all grew up): 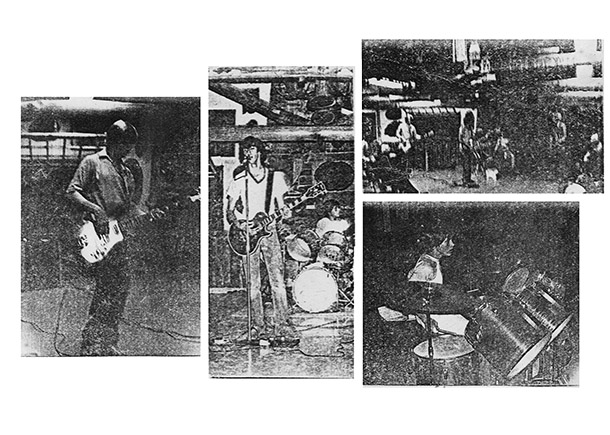 And, below the lyrics you'll find the guitar tablature I wrote out back in 1979.