On August 26, 2007, almost 10 years ago, Jon and I got together at his house for a fun night. His family was out of town, and we set up in his relatively new playroom over his new attached garage. Jon even broke out the old lighting boxes from our high school days as The Raid, and we took some interesting shots of the colored lights and shadows, as seen in this photo album (and below). 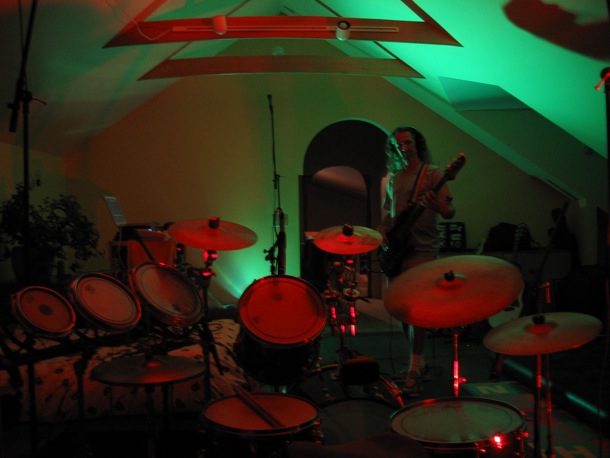 Goal #1 of the night was to let loose and have some fun. Goal #2 was to have Jon replace some synthetic/sampled drum tracks on some songs I was recording for my album refresher. Jon did several sessions with me between 2005-2008 with that purpose, as well as dropping some fun improvs and jams with me that ended up on the Andy Band album bullfrog paradise. And Goal #3 was to get some improv down, with me playing bass just through headphones, with a possible benefit of being able to use the drum tracks for the base for other crafted songs and replace the bass entirely. I think this one ended up meeting goals 1 and 3.

We started off experimenting with microphone positions, recording some improvs and listening back to see if we wanted to try different positions. This is the second such mic test jam, with some oompah-loompah swooping bass playing and pretty thunderous drums. I really love how the groove falls together and bounces along. 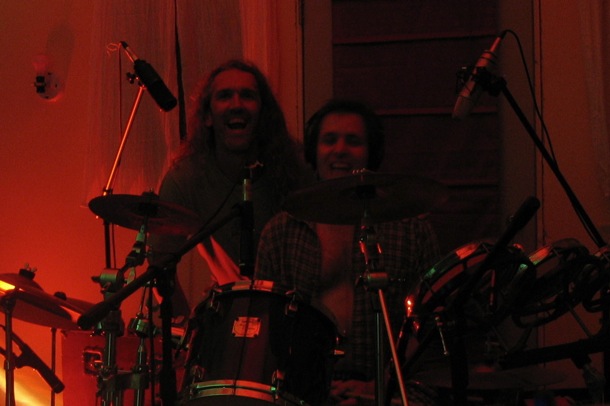