This is another song from the classic album Voyager, recorded in March 1980. Tim wrote the words, and I think he really nailed the feeling of "doing the same old things again". It was the grind of going to DeWitt Middle School, but I think a lot of adults could relate to these words. 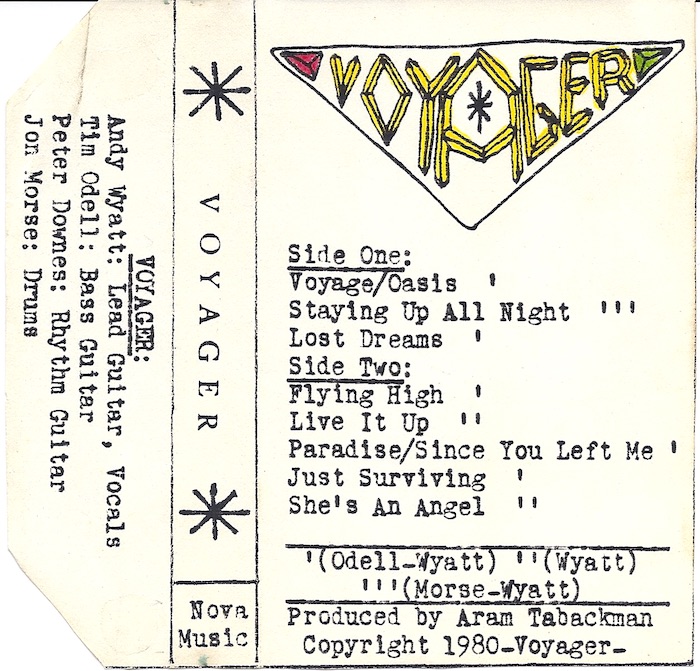 I wrote the music, and I think there's some discernible influence from a punk-inspired band we were listening to a lot around 1980: The Boomtown Rats. And it has a rock-out guitar break that probably came from listening to Boston's first album.

Recording notes: as I wrote last week, this was recorded and produced by our friend Aram Tabackman. He also made the hand-colored cassette tape inserts. He recorded the band's repertoire of ten originals, live with 8 cheap mics through two battery-powered Realistic mixers into a Sanyo cassette deck. Given the inexpensive gear, I'm still quite amazed at the quality of this recording. No overdubs. Freebus' guitar is clean and towards the left, mine is distorted and towards the right. Jon's drum rolls are out of control! Classic teen angst!