I've written about my all-improv bands like Killer Whirlpool and Killer Voyage a few times before. This is one of the more adventurous improvisations from the infamous Fishless Kids Subcommittee session from June 2001. 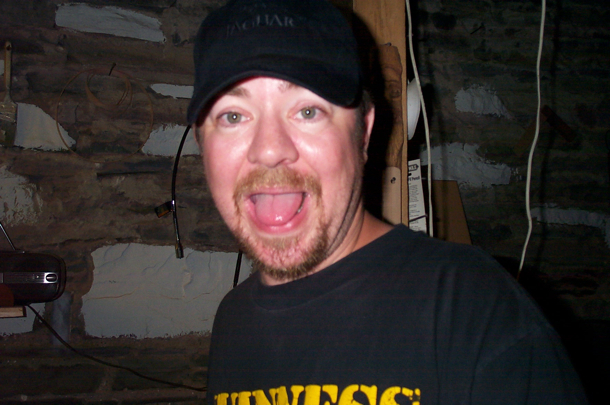 Freebus' buddy Crazy Crazy Tim tagged along with Freebus from Chicago, sometimes playing a second drum kit, and other times playing saxophone. His energy and musicianship lifted us all up.

This session was held in the basement below Tommy's parents' antique store in Trumansburg, the same space Killer Whirlpool had moved to since Jon got married in 1997. Tommy had a little woodworking shop near the door, and a nice jamming space in the back. He had built one particularly nice piece that was a bird with flapping wings, barely visible in a picture here. 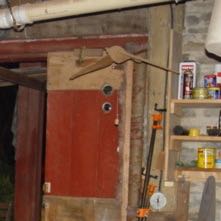 That piece was apparently Freebus' inspiration for the improvised song lyrics.

Jon, Tim, and I are on our usual drum kit, bass, and electric guitar. Crazy Crazy Tim is playing the second drum kit, which I think is panned more to the right in stereo. Tommy's playing harmonica. Freebus is just singing. PeBo wasn't available for parts of this session, including this tune. I love how the feel shifts back and forth between straight rock to reggae, pretty cleanly. And the "la-la-la-la-la reggae dancing" bit is something EBA used to sing in a breakdown during our cover of the English Beat's cover of Smokey Robinson's "Tears of a Clown". Zany!

Recorded by Freebus on a traveling version of his 16-track Bigger Than Huge Studio rig, a Mackie mixing board (1604-VLZ?) into two ADAT decks, then mixed and mastered back in Chicago with the full rig.