It's Memorial Day, and this morning this old song started haunting my mind. It was written by my band in early 1982. We called ourselves The Raid from 1981-1984, but the same guys were Voyager from 1979-1980 and Everything But Anchovies from 1984 onwards. Same trio of Cold War kids, growing up under this threat of nuclear annihilation, practicing getting under our desks to kiss our asses goodbye. Tim and I would be 17 later that year, and would be required to go to the post office and register for the draft. I think that's where Tim's lyrics were coming from. 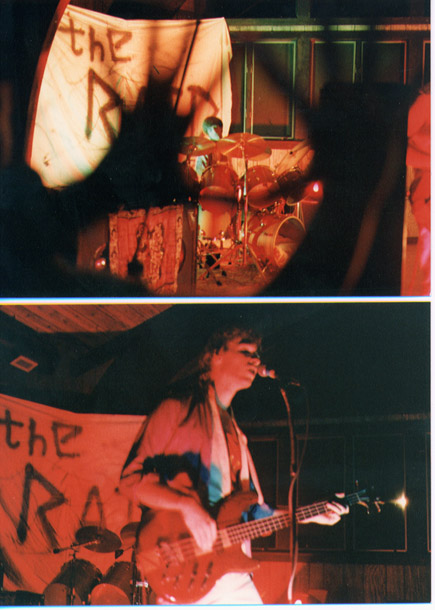 A lot of our early gigs, before we were old enough to be in bars, were at the Hidden Valley 4-H Camp outside of Watkins Glen, NY. We had help from parents driving us, our own home-made lighting system, a rented PA, and had a set of 24 songs or so, of which maybe only 4 were originals. Here's an example Hidden Valley set list from August 17, 1983 (all caps are originals):

This song was recorded in Moonfish Studios in Ithaca, NY, in the summer of 1983. The band was about to go on a hiatus as Andy and Tim started college, and we wanted to get a recording of the band at its most-rehearsed peak before an uncertain future. We recorded the guitar, bass, and drums live then overdubbed the vocals and the military snare intro and outro. This Moonfish tape of five songs ended up on the album The Raid.

Give it time... the fade in takes a while.