This song was written and recorded in October 1981, when I was 16. My parents had rented a cottage on the east shore of Cayuga Lake, a little bit south of the Cargill salt mine. My friends and I had enjoyed exploring the area nearby, roaming up and down the railroad tracks. We'd been really excited to discover the mouth of a cave in the side of a cliff there. 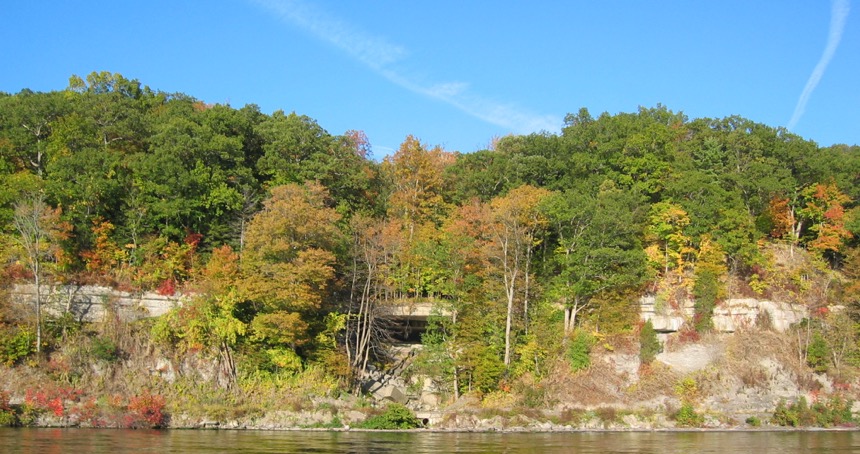 We'd run back to the cottage and armed ourselves with flashlights, then we went spelunking. The cave opening led to a big fissure through the limestone, really tall, narrow, and long. I remember one spot, however, where we had to crawl on hands and knees through a small opening with a big puddle in the bottom in order to get from one area to another, and our imaginations went wild about what we'd find on the other side, picturing a huge cavern with a pond in it, and some magical glowing moss, or something.

My friends Pete and Fred, who are brothers, had moved away from Ithaca in April 1980, just after we cut the classic, eponymous album Voyager (Pete was the rhythm guitarist). They'd come back to Ithaca in the summer of 1981, coinciding with the week my folks had rented this lake cottage. I'm sure I was making some references to them in these lyrics.

My studio log doesn't have a lot of detail, just: "Written at one in the morning on a school night, recorded after school. Overdubbed harmony vocal in left ear." This is one of my early overdubbing experiments, where I bounced from one cassette deck to another while mixing in one or two more signals using Y-cords. I'm pretty sure I did a simultaneous take of vocals and acoustic guitar, then a bounce adding a vocal harmony. The bounce added a lot of noise, and then the tape got quite old before I first made a digital copy of it, so it's got a particularly washed out beginning. This one opens up the first Andy Band CD: Umbrellas.

This past July, Barbara and I took a vacation to Bermuda, and visited the Crystal Caves there. The tour guide told the story about the 14-year-old boys losing a cricket ball down a hole, and getting a rope and lanterns and decending down a hole and discovering this big underground pool, with beautiful soda-straw stalactites. 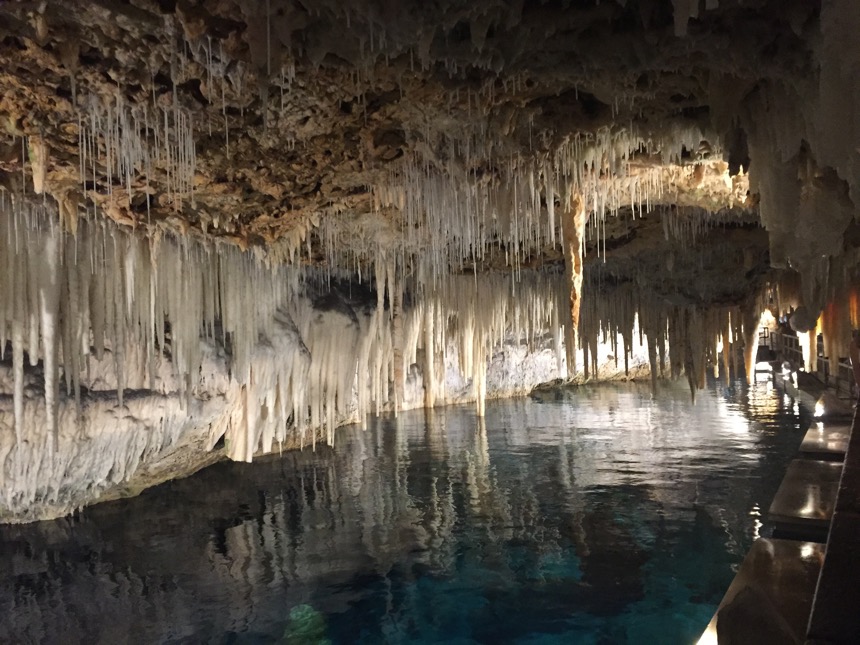 It reminded me of my friends' and my 1981 spelunking trip, and even more of the time a few years later when we were out on a boat with a friend and pulled up to the same caves with no flashlights. So we dipped a few splinters of railroad ties in gasoline and lit them, and headed in. Sometimes it really amazes me how much we just roamed around and did what we wanted, and our folks often had no idea what we were doing or where we were --just that we'd headed out on our bikes and said we'd be back for dinner.