This song started with a recording of Eric playing bass on his 16th birthday in 1996, with new strings and a new used Boss stereo bass flanger. I twisted the knobs as he played a riff he'd recently written that I really liked. 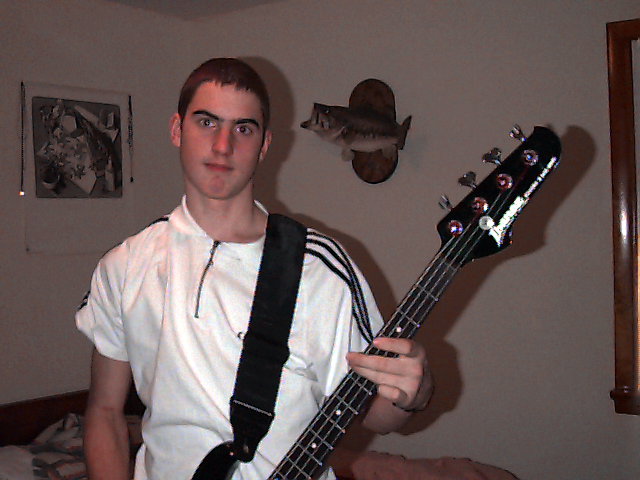 Two days later I recorded four tracks of acoustic guitar, improvising some bits and melodies over the cool bass line. Another two days later, I mixed in two 19-second loops of recordings my friend Ayman had made in 1995 of Berry Creek in the Big Basin Redwoods State Park near Santa Cruz, CA. Then I recorded two vocal tracks singing words I'd written in April about my favorite grove of sycamore trees along Six Mile Creek in Ithaca, NY.

Released on the album leave a trace in 1997. Recorded with OSC's Deck II on an Apple Macintosh Centris 660AV. It was truly amazing in 1996 to be able to work with up to 6 tracks of CD-quality audio on a Mac that had "only" a 25 MHz CPU and 8 MB of RAM and a piece of software that cost $250. It was ProTools for the masses, truly revolutionary for ordinary recording musicians to be able to record with this quality for so little money.