This was written in early October 1987, just a few weeks after Barbara and I started seeing each other. My band EBA played it really well, and it was musically challenging and interesting because of the way it shifts from 4/4 to 3/4 in the chorus while Jon keeps steady 16th notes on the hi-hat. Unfortunately, there are no studio recordings of it made by EBA --just some live gig tapes I haven't digitized. The original recording was a one-man-overdubbing-band version done in Warren Road Studio soon after writing it, which you can compare here. This recording was done in 2005 for my album refresher, which is entirely re-recordings of favorite older songs. I started with programming sampled drums in Logic's UltraBeat, learning how to insert time signature changes and trying to copy the way Jon always played it. Then I added acoustic guitar, bass, two electric guitar tracks, vocals, and backing vocals. I intended to get Jon to replace the sampled drums with real drums like he did for a lot of the songs on 'refresher' but we never got to this one. 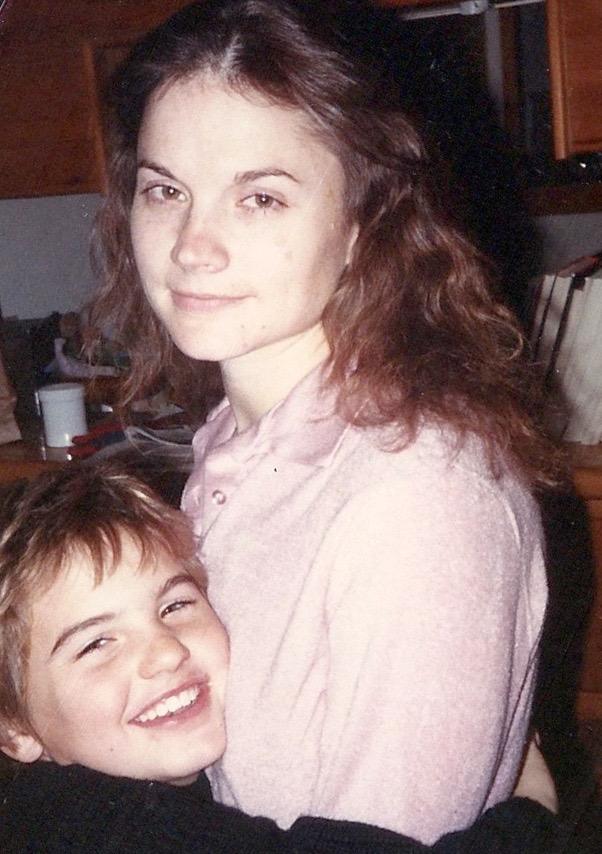 Barbara's and my 25th wedding anniversary is coming up December 1st. The fire still burns.