Back in the '80s, Domino's Pizza had a menu item called "Everything But Anchovies". My band used to get Domino's every Saturday night before we rehearsed in those days. We were more into pepperoni, or maybe ham and pineapple, but the E.B.A. special was on the menu we saw every week for years.

Around 1984, when we wanted to change the band's name from "The Raid" to something else that wouldn't elicit bug spray jokes, we ended up deciding to call the band "Everything But Anchovies", often shortened to just "E.B.A." This was a nod to our past as well as our rather eclectic set lists of originals and covers.

This song, "see it all", was written while most of the band was house-sitting for my parents for a year in 1987-1988 in my childhood home in Ithaca, NY. It captures some of the heady atmosphere from those optimistic times, and was undoubtably influenced by listening to a lot of U2 in those days. It ended up being a band and crowd favorite. Some have said that it should have been a big hit.

Fast forward to 2010, when my wife and I moved to West Windsor, VT, to be closer to family. Just up the road in Hanover, NH, there's a restaurant called "Everything But Anchovies", established in 1979. The owners sometimes hang out at the Skunk Hollow Tavern, which is where I've been playing at a Wednesday night open mic almost every week. I've only thought to play this old classic a few times at the Skunk, but it went over really well. 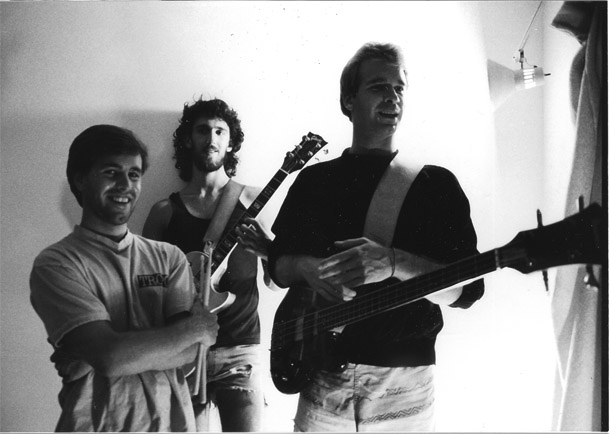 For more music from E.B.A., here's a playlist of favorites.