🔍
past picks
random
older
newer
past pick: 'doodamental' by Killer Voyage
posted on 2016.08.21

This is an instrumental from last summer's Amphibious Dude Palace session. It started with Pete making up a little riff on PeBo's guitar, then Andy and Tim playing it in unison on guitar and bass, then PeBo and Jon on drums and congas, then Tommy on harp. Eventually one or the other of us would randomly shift positions on guitars, or play an alternate pattern, making for some cool harmonies and juxtapositions. Jon throws in some random percussion instruments and a toy xylophone, swirling between the two overhead mics on his drum kit. It was the 17th and last song from our marathon first night on August 13, 2015. It's wacky, but it really grows on you and sticks in your head. 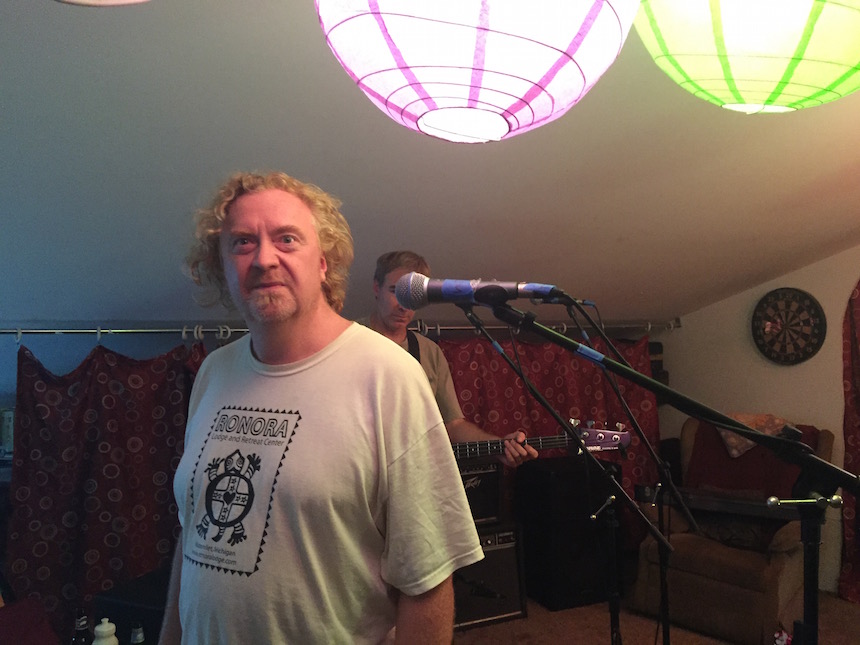