This song was written in late February and early March of 1992. I'm sure the title was inspired by the city of Schenectady, NY, where Barbara and I watched our son play hockey many times. He played on a travel team from ages 9 through 17, in the Ithaca Youth Hockey Association. So, we drove all over central New York State in all sorts of wintery conditions. Schenectady is just west of Albany, and was known as Electric City because it was the home of the Edison Electric Company, which later became General Electric. They would also host a youth hockey tournament every winter, played in Achilles Rink at Union College (renamed Messa Rink in 2004). 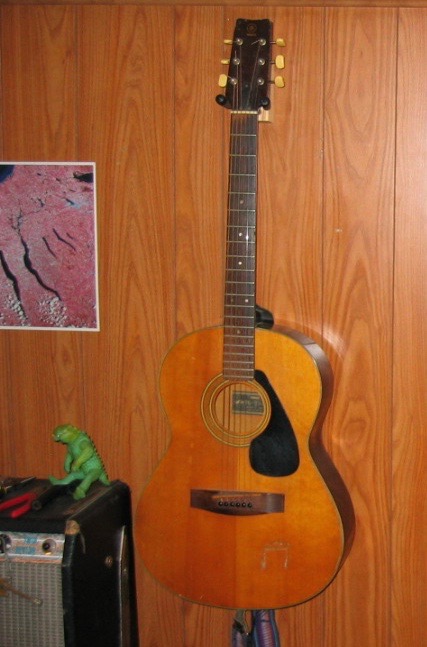 But this song isn't about Schenectady, or youth hockey, despite some suggestive words like "skating", "icy", and "family" in the lyrics. The words seem to be more about a dream state, in particular the frequent dreams I have where I can fly. When I fly in my dreams, it happens one of three different ways: superhero, swimmer, or kite. Least often, I can fly like a super-hero, where I can just zip anywhere I want in any direction without really moving my body. Most frequently, the air feels thick like water, and I can basically get around anywhere as long as I keep swimming through the air. But the third way it happens is I become aware of a sort of wind coming up from the earth, and I find I can catch that wind like a sail and propel myself and turn based on how I angle my body towards that vertical anti-gravity wind. That's what I'm describing in the second verse, and I think I had such a kite-style flying dream in an Electric City hotel right before I wrote this song. But I think a lot of the rest of the lyrics are vaguely describing the feeling sometimes that life is but a dream. A dream where I wasn't a rock star and had to work really hard to make ends meet (see the last line).

The music is one of my more complex fingerpicking songs, written just a year or two after taking some lessons from Martin Simpson, back when he lived in Ithaca, too. I went to him to learn about his areas of mastery: fingerpicking, open tunings, and slide techniques. The guitar is tuned in open G minor: D-G-D-G-Bb-D, a really beautiful if a little dark tuning (not as sad as D minor, but close!).

This recording was done in the basement of my house in Danby, NY, just south of Ithaca. We bought the house in June of 1991, and this recording was done about a year later, live with two microphones into a cassette tape deck. There's a little digital delay on the vocal mic, and actually this was so hard to play and sing at the same time that I messed up the third verse the first time through, and did a crude "punch-in" by just hitting record and pause right before the third verse, then unpausing and starting in on the third verse. (You can hear the pause button clicking up.) This ended up on my 1992 album called navigating, along with 12 other songs recorded live to tape in 1991 and 1992 and two recorded in 1990 with my 4-track reel-to-reel recorder that died soon afterward. It's an intimate album with a lot of songs influenced by those guitar lessons. I imagined building an original repertoire of such folky, singer-songwriter songs and playing solo gigs in coffee houses and open mics, but I never got that far with it. It has never been performed publicly. Perhaps I'll try it tonight at the Skunk Hollow Tavern open mic!