When I think back to the E.B.A. days, there are some songs that we played so many times, at so many gigs, that they pretty much define that band: "Small World", "See It All", "Rain Woman Falling", and "Full Moon Picnic" come to mind first, currently. 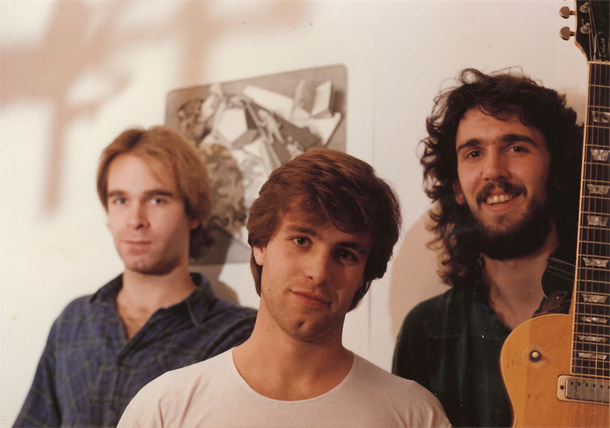 But earlier this year I digitized a videocassette of E.B.A. from October and November 1989, some of our last public performances. (See those 28 E.B.A. videos from 1989 here.) I was surprised to hear a few songs that we wrote in 1989 which had us heading into some new directions: "Is It Me?", "Downed by a Woman", "Spin and Shatter", and "What I Learned Along the River" were the freshest, and I'd almost forgotten some of them. In 1991, we had a little reunion jam as a sort of housewarming after Barbara and I bought our place out in the hills south of Ithaca, in Danby, NY. We recorded a live, joyous jam that included several songs that sort of fell between our Brown Carpet Studio (1986) and Full Moon Studio (1989) sessions, "Anything But Love", "Gravity is Getting Me Down", "Jericho", and "Satellites", plus this one from October 1989, just before we stopped rehearsing and gigging, "Back to Bed". Tim wrote both the words and music together on September 18, 1989, and we arranged it as a band sometime in October. I emailed Tim last night to see if he could remember anything about where the lyrics came from, and this was his response:

My memory is that I was trying to write music / melodies as well as lyrics and I was just going with some stream of consciousness ideas to go along with the chord changes. ... I don't think this one was based on any one particular experience other than the general relationship woes we have all faced from time to time in younger days. I think I was also focused on melody and cadence as well, so the lyrics at times were intended more as place holders, but then, you can't imagine anything else going there so you just keep it.

The band was writing somewhat raw, stripped-down songs during that fall of 1989, songs that sounded good as a three-piece band, because we'd just gone back to being a three-piece band after about a year of having some extra band members. During the fall of 1988 we'd played a lot of gigs with Jorge Cuevas on congas and other percussion, and in the spring and summer of 1989 we had Ayman Mobarak on bass and violin (which allowed Tim to play guitar when Ayman played bass). Our friend Bill Herz took the mic and played guitar with us for 4 songs or so for a few shows in the summer of 1989. And our sound man there for a while, Danny Speer, would often sing backing vocals from the mixing board. That fall, we were focusing on the trio, and my digital delay had pooped out, so we were keeping it really simple. 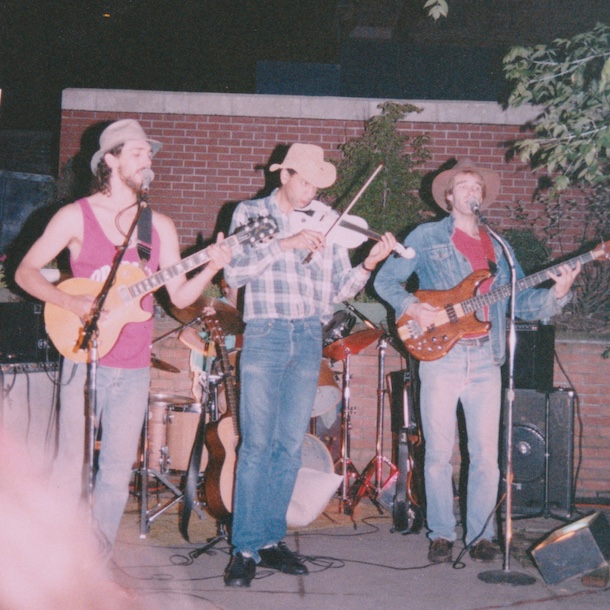 Recorded with two mics into a cassette deck in Andy's den, mangobananas studio, Danby, NY, on October 5, 1991, just over 25 years ago! Released on the CD spreading more jam in 1994. We had a lot of fun doing this little reunion. By the next time we got together, just the three of us, it was 1994 and we'd gotten the improv bug from our buddy Pete during the Voyager reunion sessions of 1993 and 1994. We did a few all-improv sessions as a trio (see the last third of spreading more jam and all of spontaneous combustion), then added PeBo and Tommy Double to form Killer Whirlpool (too much still not online!). 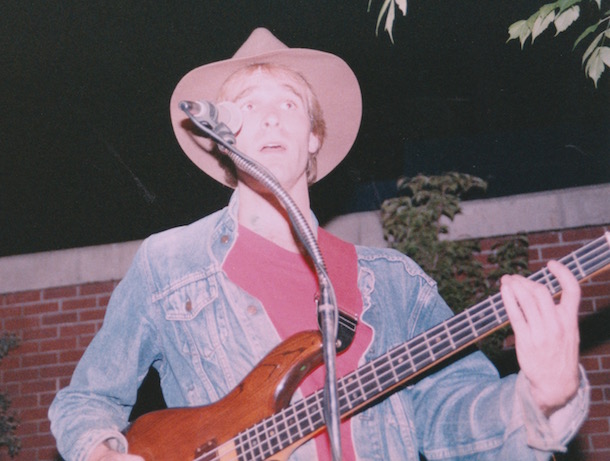