In the spirit of All Hallows' Eve, let's highlight an over-the-top blast from Killer Voyage's epic session from September 2003, Clandestine Little Monsters. This one came to mind because I had a little nightmare this morning, one in which I could barely speak, and was fighting to stay awake in front of a conference room full of people on a business trip. The dream was born from my reality: I'm in Detroit again on a biz trip, and I don't really have anything prepared for this technical workshop where I know I'll be expected to lead some discussions on certain aspects of a new project. And my flight from Burlington (VT) was delayed last night by 5 hours, so I didn't get to my hotel until 2:45 AM, and had to be ready to go at a meeting at 9:00. In my dream, I got up in front of this crowd and I didn't know what to say and couldn't see whatever slides were being presented (by someone else?), and I was too warm so I kicked off my fuzzy houseshoes and collapsed in a chair while everyone (including both my new boss and my wife) stared and kept expecting me to lead the talk. Thankfully, that's not how the day went!

Anyhow, I thought of this song this afternoon when I was thinking about that dream. It takes a little while to get the groove going, but I love how this stumbles its way along into a rocker, with Tommy alternating between slide guitar and bugle while my guitar tries hard to serve up a metal-edged nightmare. I had just recently gotten my 1987 Squier Stratocaster, and was playing it through my Line 6 POD2 (with a rectifier setting) into my old Fender Twin Reverb amp. Tommy and I are anchored by the solid rhythm section of PeBo on congas, Tim on bass, and Jon on drum kit, while Pete tosses out his word salad in a pained voice. I have no idea what he's singing, but somehow it feels so right on for today. 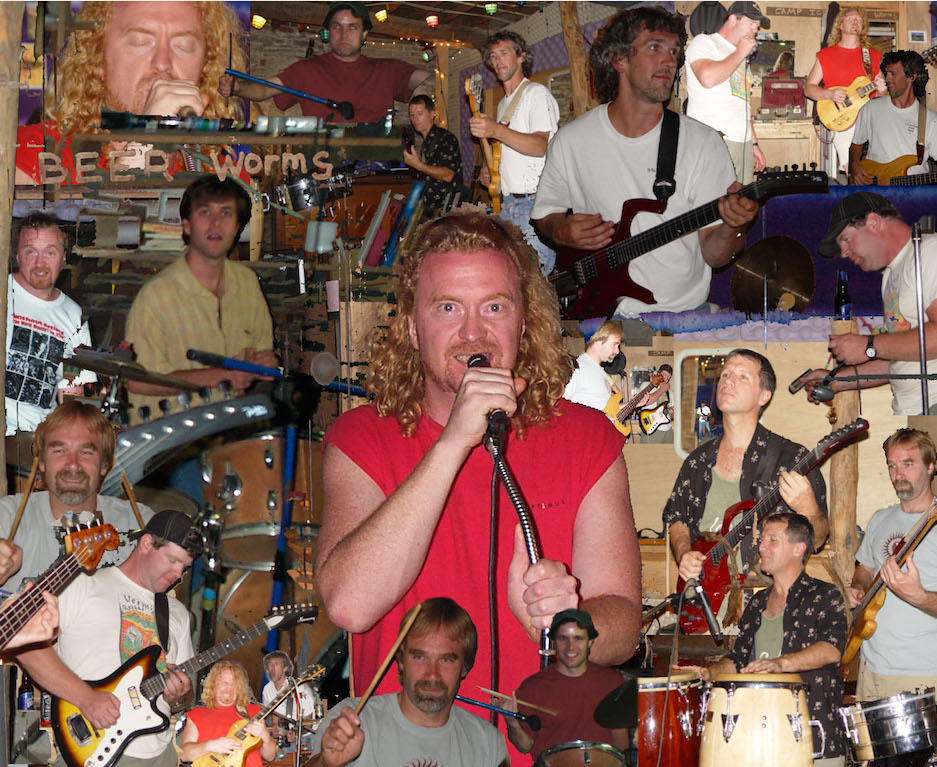