Here's a big shout out to my dear old friend Jonathan B. Morse, who turns 50 today! You rock! Here's a song in his honor, from the first Killer Voyage session, Killer Voyage 97, at Jon's house on July 31, 1997, right before his and Liz's wedding. 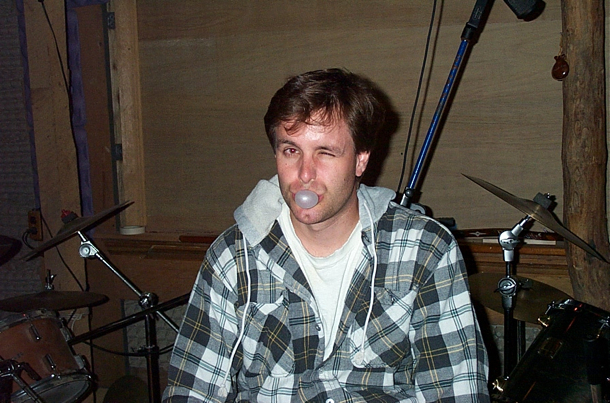 Apparently, Jon had gone for a bio-break, and the rest of us started up this mostly a cappella improvisation, urging him to come back. He ultimately does come back, and, of course, brings the song to a rocking climax.

There are so many other songs I could have chosen to highlight his stellar drum playing throughout our recording career together, going back to 1979. But a lot of them are already among the 100+ picks of the week, and his creative and moving drumming is all over the vast majority of the 1000+ songs on this site.