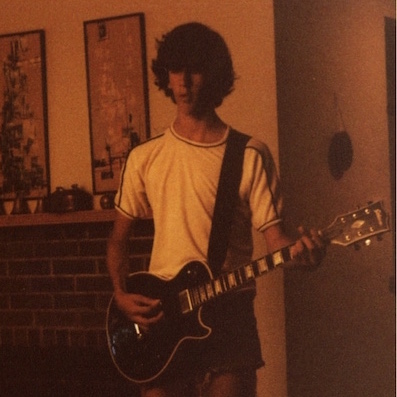 This month I'm highlighting the album Voyager, the eponymous album by my band recorded in March 1980 --37 years ago! I've already highlighted the songs "Live It Up", "Just Surviving", and "Staying Up All Night" from that album.

Like "Paradise" from the same year, this song started with lyrics before being re-worked as an instrumental. These are my notes on those original lyrics --try singing them along with the lead guitar melody:

Musically, this is pretty cool. Pete's got the duty of holding down the fort with a series of four barre chords and some fast-moving changes while I play the lead guitar melody and the heavy, phase-shifted guitar. I had an MXR distortion+ pedal and a Maestro Phase Shifter box that looked like this (wish I still had it!): 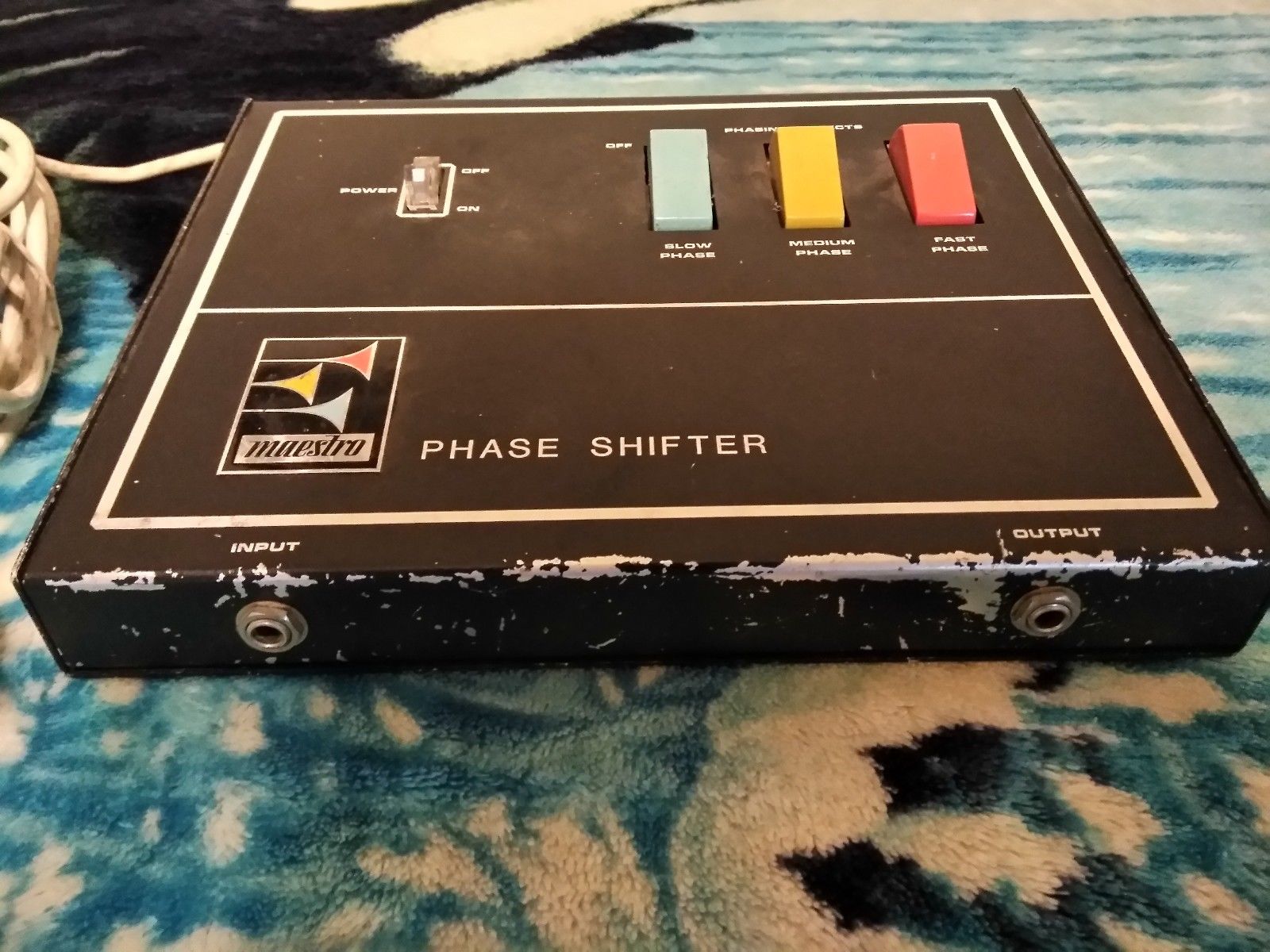 This was recorded 37 years ago tomorrow. I can hardly believe it! I love that picture at the top of me and my first electric guitar, a Les Paul clone by Sekova, which was taken during the summer of 1980.