I just hunted down the box in my basement with the original Raid Records binder, the band journal from my first band back in the day. I lost myself for a little while browsing through it. I'd totally forgotten that I'd written out a lot of our songs in guitar tablature! Here's "Voyage/Oasis": 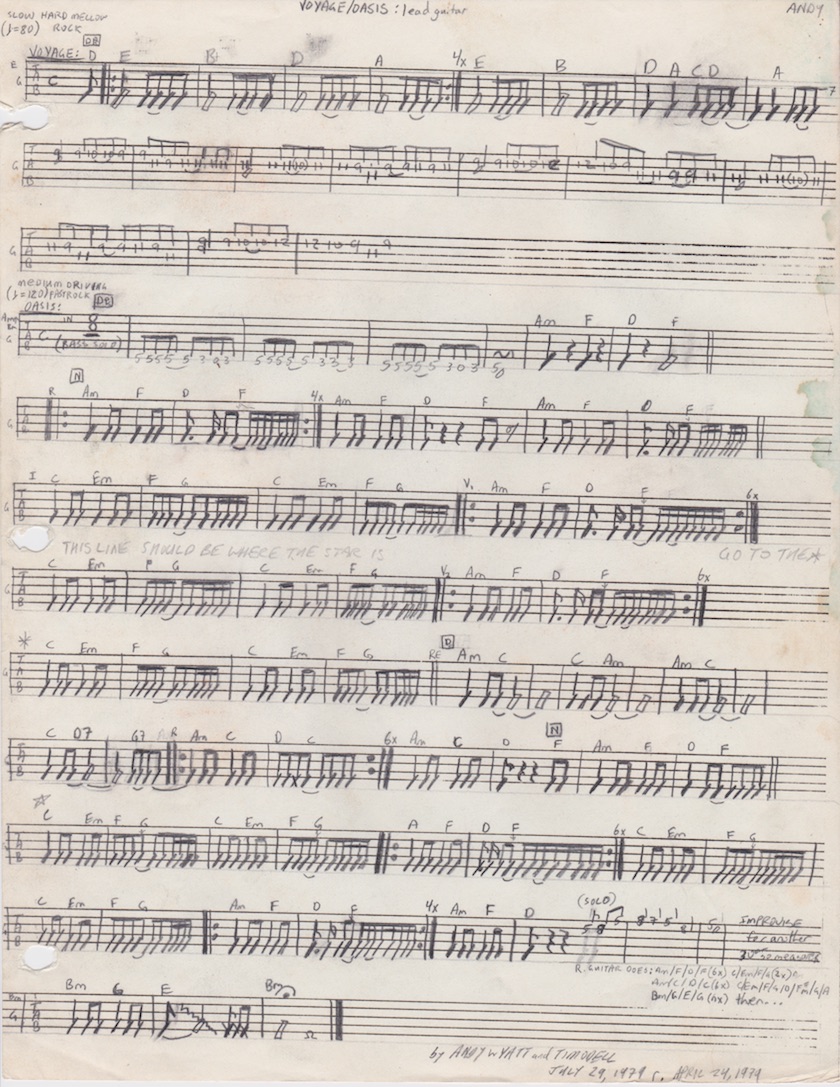 This little song medley opens the album Voyager, the eponymous album by my band recorded March 14th and 19th, 1980. I've already written about "Live It Up", "Just Surviving", "Staying Up All Night", and "Voyage" from that album.

As you can see in the lower right of the guitar tab, the beginning of the guitar solo is written out, but then it indicates "improvise for another 30 or so measures".

I got my first guitar in July 1978, and wrote this song in July 1979 with my buddy Tim on bass. I'd taught myself to play guitar mainly from two books, called, quite simply, "Rhythm Guitar" and "Lead Guitar". I'm pretty sure I bought them from the Ithaca Guitar Works. Check out all the rainbows on the cover! 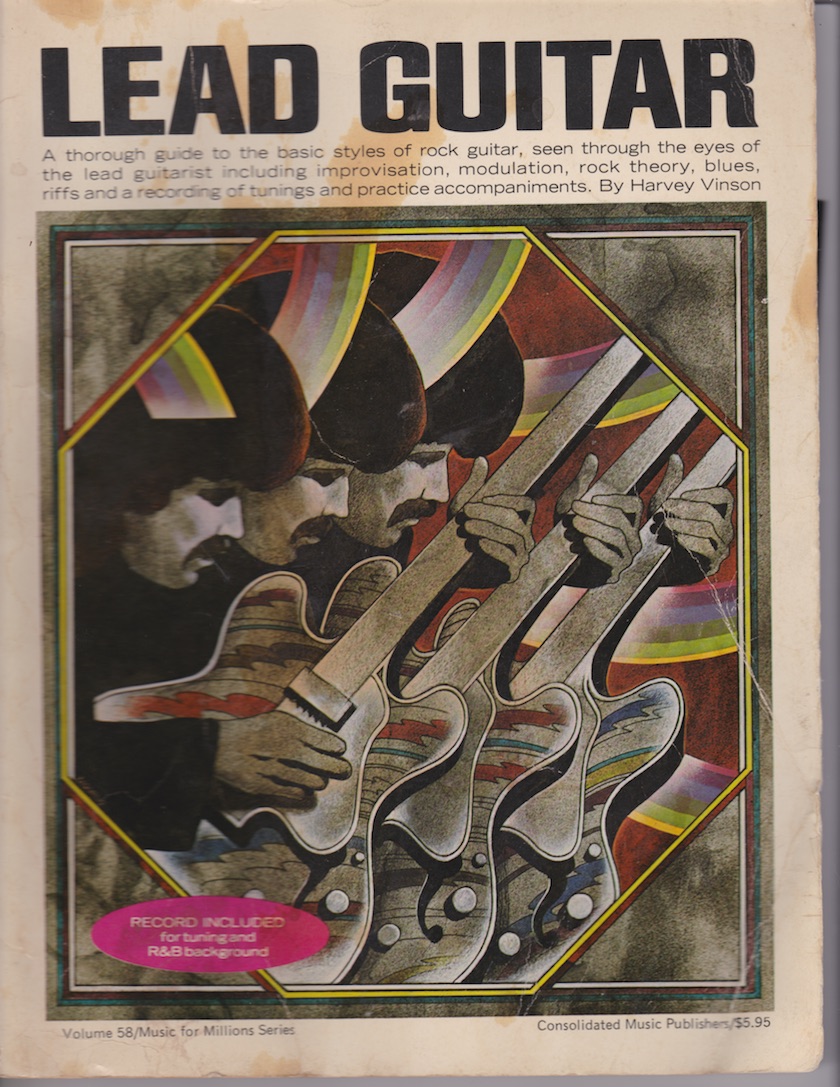 These books taught using guitar tablature, with the slashes for strums and numbers on strings for lead guitar parts. I love the intro to the "More Blues Scales" section below:

When you're improvising lead, it's really beautiful to watch your left hand gliding all over the fingerboard of the guitar like a giant spider twisting, turning, and leaping to new and better riffs. 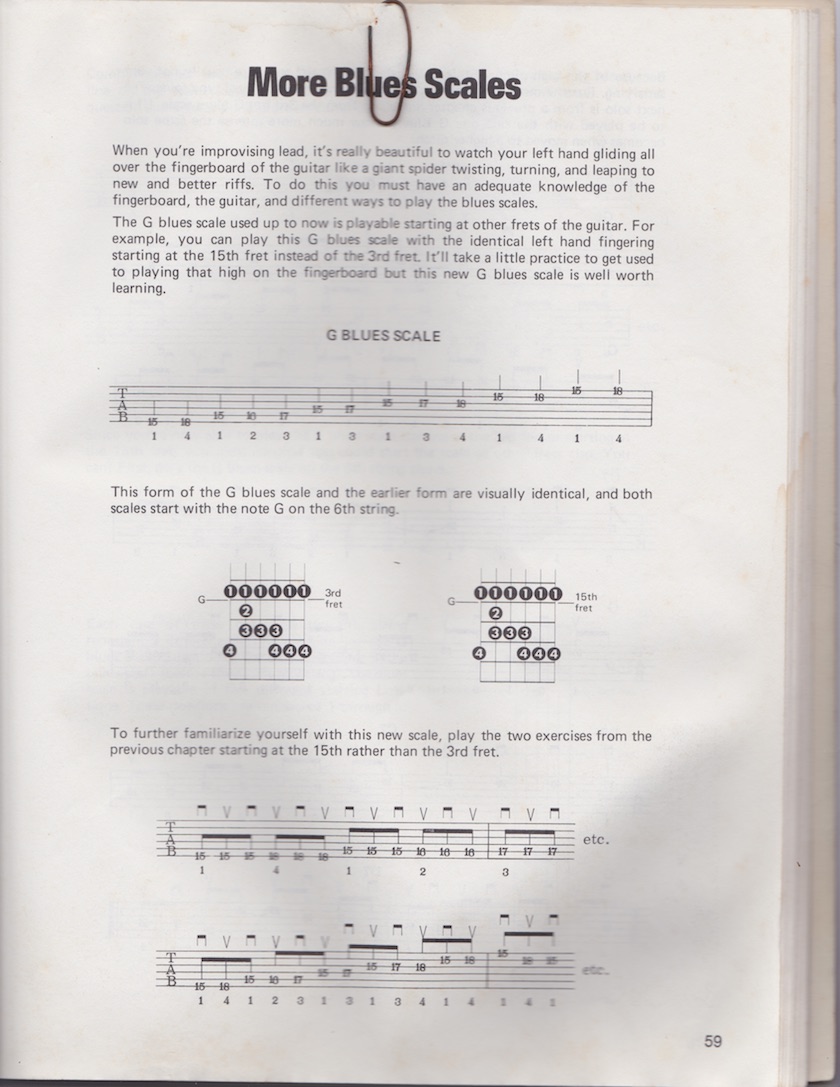 And it even came with a floppy plastic, 33-1/3 speed, square record that you ripped out of the book. It included a tuning track plus a few accompaniment tracks to play lead guitar over! 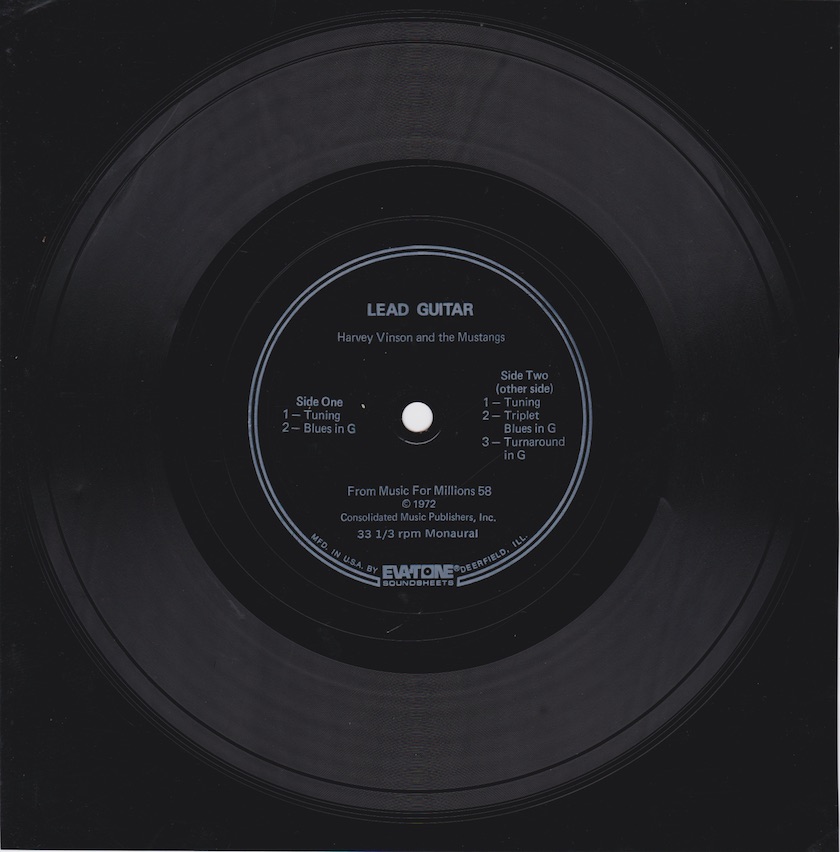 I loaned these books to Pete when I was helping him learn guitar that summer of 1979, so just looking at these books really sends me back. I smell Pete's socks. I remember tuning guitars to that floppy record from the book, or a pitch pipe. I remember laughing, and dreaming of rock stardom.

We were such young, idealistic, full-of-ourselves young teens. Just read the lyrics to this song below to understand how we felt about our music. The real reason we didn't play covers initially was that we weren't good enough, so we wrote our own songs. But we quickly came to believe our songs were better than a lot of the music we heard --and this was during the disco music craze, so maybe we had a point?

Still, I love this song. The music is so original, with the lead guitar melody and the unique chord changes. We wrote it in July of 1979 as we were first getting together as a trio, and it really came together once we'd added Pete on rhythm guitar.

P.S. Check out the Nigel Tufnel-ish dude on bass guitar! (not sure what he's doing there): 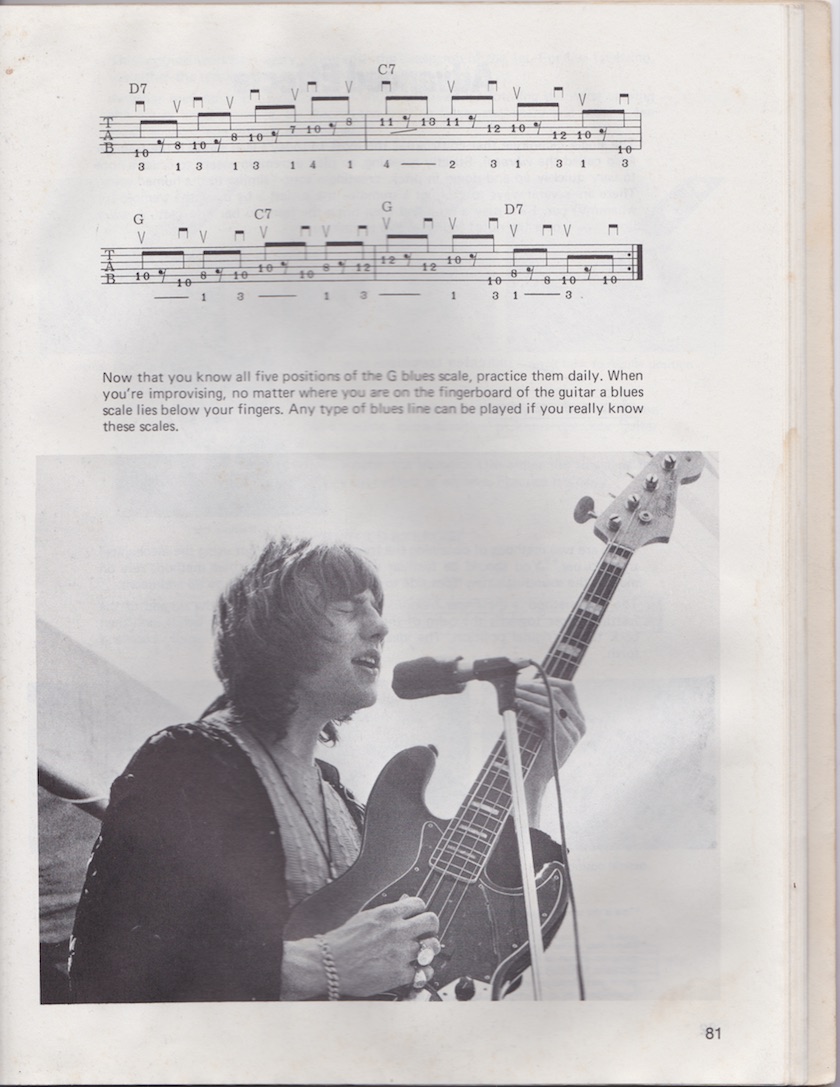