I broke this one out at the Skunk Hollow Tavern open mic last night for the first time in a while, and Jim said I should play it more often. I came up with the chord progression sometime during the summer of 2014 while walking my dog in the woods, then improvised the first version of the lyrics at the Skunk on September 10 that year. I kept playing it live for a while, working on lyrical ideas in front of everyone, and this recording was made in the playroom at mangobananas studios on November 22, 2014.

The lyrics are based on something that really happened, and really inspired me: sometime in the summer of 2012 my older grandson, then 3 years old, woke me up early when he was over with his younger brother for a sleepover. He popped into my bedroom at about 5:30 in the morning with his usual beaming smile, and I took him downstairs to let his brother and Barbara keep sleeping. We went out to the back deck, with its expansive view of Mount Ascutney to the south, and sat there watching the sun's climb and the shadows shift along the ridges and valleys of the mountain. He sat on my lap quietly for a while, watching, then he giggled a bit, looked at me, and asked me "Hey Grandad, what's that mountain DOING?"

I replied something like the first few lines of this song says, and we continued by talking about what various animals might be doing as they woke up that morning. I missed the first 6 years of my son's life, since I'm his step-father, so when Barbara and I moved to Vermont in 2010, when "Thing 1" was 11 months old, I finally got to experience the toddler years. I really appreciated how much spending time with him forced me to live in the moment, because he had no concept of anything else but the wonders and delights of NOW and all the beauty and sounds around us. It has been profoundly life-changing to be his Granddad.

Musically, this is a simple climb in open G tuning from the open G chord to an Am, Bm, C, then a D and back again with a little lick at the top. 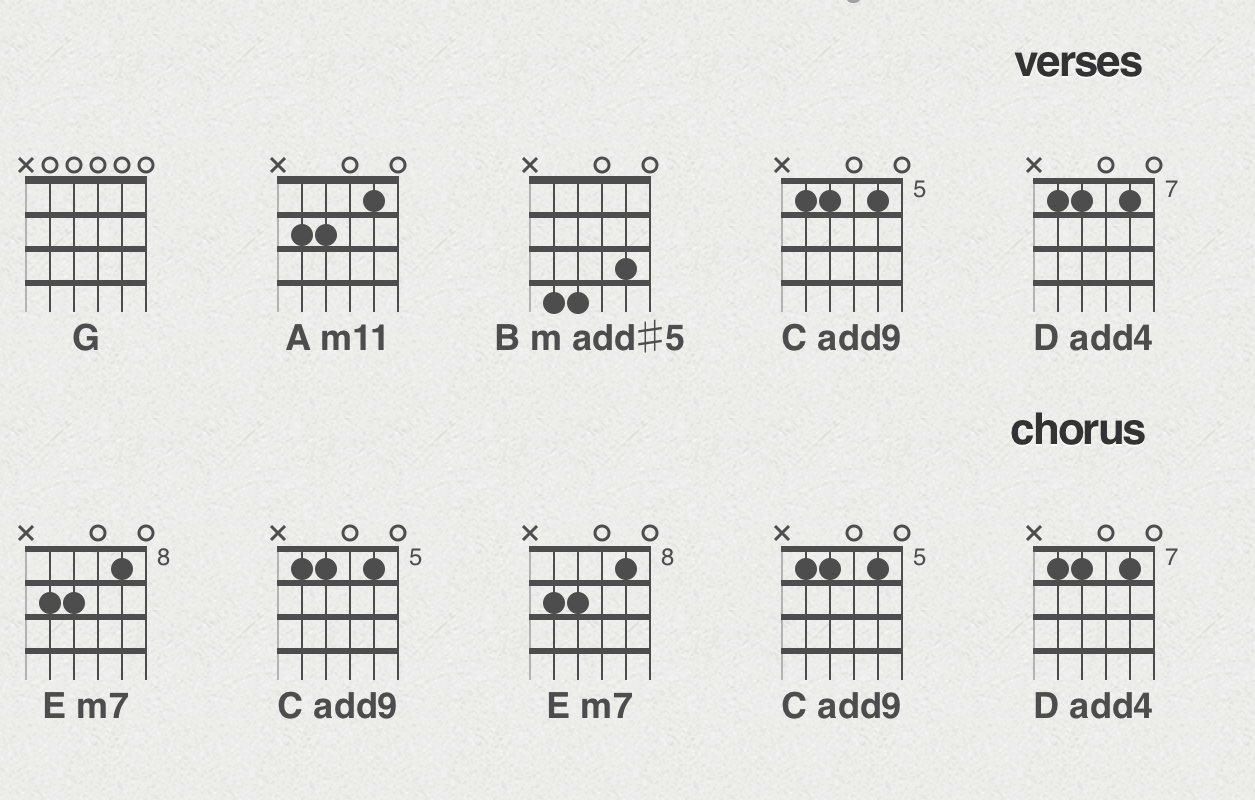 This recording was made with two mics, an Earthworks SR-77 up close and a Rode NT1-A about a yard away. I'm playing my Taylor 310, tuned in open-G: DGDGBD. Mics plugged into an M-Audio FastTrack Pro connected to a MacBook Pro (17-inch, early 2009) running Logic Pro recording software.

This recording was released on my 2015 album playroom, which is all bare-bones, live guitar and voice recordings like this, made in that playroom overlooking the mountain.