This is another tune from the afternoon in June 1995 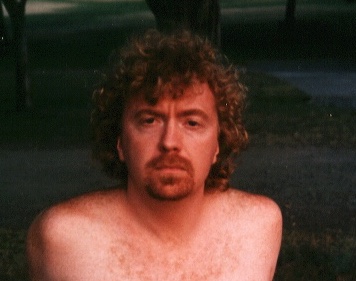 when my old buddy Pete was visiting Ithaca and wanted to spend an afternoon in mangobananas studio with me. (I wrote about another tune, "fun work", 2 weeks ago.) This song really demonstrates Pete's truly unconventional sense of melody and really unique chords and phrasing. There are always surprises and interesting bits of dissonance and resolution. I remember Pete working a long time on the guitar parts for this. I just played piano, and samples of a creek played through a boombox from my buddy Ayman. I remember we had a mic set up in the shower stall of the studio bathroom, on which you can hear Pete making occasional interjections like "what the hell?". 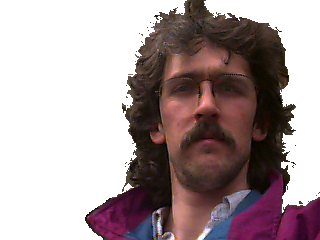 Recording notes: we started by putting together a primative drum loop, with Pete playing Jon's old hi-hat and me slapping some wire brushes together. Pete then worked out his guitar parts on my Les Paul, and I worked out some sparse parts on acoustic guitar. Pete recorded the an electric part as I played acoustic, then recorded a second electric part while I played bells. Then I set up a boom box playing Ayman's recording of Berry Creek in the Big Basin Redwoods, CA, and set up one mic in the bathroom shower and one on my cabinet grand piano, and recorded piano parts with atmospheric additions of the rushing water and Pete shouting in the bathroom.

This ended up on The Andy Band album flipping bits.