Last week's pick, farms & gears, was written about the dawn of the Internet age in 1995, and this one goes hand and hand with it. Written a little later in 1995, the lyrics are more dark and strange while at the same time revering the power that comes with being connected to everyone and everything by the "infobahn". 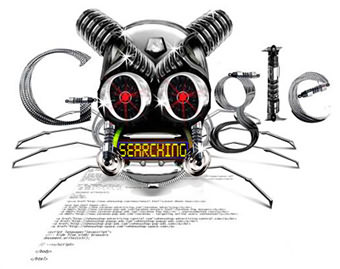 It's also one of only a small handful of my songs that are written in the third person, yet they seem possibly somewhat autobiographical --like "leave a trace". It's a powerful technique I should try more often, perhaps.

The music started with trying to find a drum loop, and this one is from a tape made in Eastern Heights Studio in Ithaca in April 1989 when Jorge Cuevas was rehearsing and gigging fairly frequently with my band Everything But Anchovies. He was showing us the fundamental rhythm called nyabinghi that's the basis of reggae music. It might sound like one person here, but Jon and Jorge are alternating on a pair of conga drums, hitting two beats then pausing while the other guy hits two beats. (Try it with a friend sometime, even on a table!) I found a 7-second loop of solid playing and used it for the foundation of this song. I didn't go down a reggae road, though, and in fact conjured up a rather odd little backwater of loopy chords and sounds. My acoustic guitar was tuned C-G-C-G-Bb-D (low to high), and I found these strange chords and hopped along atop the nyabingi beat. Next was an electric guitar (my 1976 maple-top Les Paul Deluxe) through my MXR Distortion+ pedal just dancing and wailing along. Then came the vocal track, recorded with Apple's PlainTalk microphone to give it a lo-fi sound. Then I did three tracks of rhythmic enhancement: shaking a 35mm film canister with some rice in it (looped), banging on a 12" skillet lid (looped), and blowing across the top of a beer bottle (not looped). There are some odd bits inserted here and there of backwards acoustic guitar and backwards beer bottle whistles, too. And, for some forgotten reason, there's a cameo of my cat Junior purring at the beginning and end of the song. It's a bit of an odd one, but it grows on you. 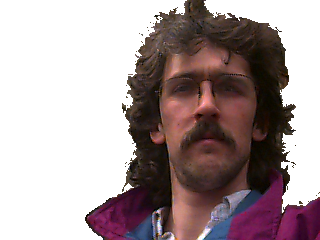 One thing I'd totally forgotten about was the "Tuscon" verse (see below) that I wrote and recorded but just snipped out of the final mix, shortening the song by 19 seconds. I'm not sure if the main concern was song length or the suggestive lyrics --but "finger" was an Internet protocol I was playing off of.

Recorded with OSC's Deck II multi-track software on a Macintosh Centris 660AV. This ended up on the album flipping bits.

Note: it's funny that this post about a web crawler probably has the most hyperlinks of any post yet. As usual, they'll open a new tab or window so you can explore while the music keeps playing.