This is a song I wrote for my wonderful wife Barbara after our first date.

Written and recorded in Warren Road Studios in September 1987. Barbara and I had been flirting a bit that summer, but on Friday, September 11th, we went out on our first date, along with her 7-year-old son Eric. We went up to Taughannock Falls State Park and skipped rocks on Cayuga Lake from the point, then walked up the gorge trail to Taughannock Falls. We then had dinner at The Glenwood Pines. We had a really good evening, but then, as I wrote in my journal, "I was burning when I got home." My housemates were all out so I played piano in the dark in the studio, and found this piece. It's maybe a little inspired from frequently playing The Who's "Love Reign O'er Me", which is also almost all played on the black keys, and it also has some complex chords I learned from listening to a lot of Todd Rundgren, and one little interlude riff (during the words "breathe in and out") I might have borrowed from my older brother (from "the only thing left"?). I don't know if I actually recorded the piano that night. But the next day I wrote lyrics to go with the piano part I'd written. Also from my journal: "It's the lustiest lyric I've ever written, very sexual, passionate... obsessed." 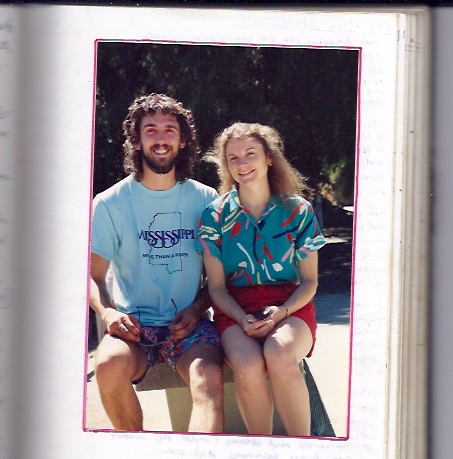 Recording notes: I recorded the piano first, with two mics on my folks' nice Yamaha upright piano, the one I'd first learned to play on at age 7. Then I flipped the 4-track cassette over and recorded a guitar solo (my Les Paul Deluxe through my Fender Twin Reverb) as I listened to the piano playing backwards. I think in my head I was hearing violins and cellos, but backwards guitars were the closest I could get in those days. Then I recorded the vocal, with a digital delay. This is on the album Warren Road Studios.