Here's a funky little number from the Hydroponic Lettuce Project. This second Killer Voyage session took place when Freebus came to Ithaca in February 2000. We drove up to Syracuse to meet him at the Amtrak, lugging two ADATs and his mixing board. On the way back down to Ithaca, along Route 13, we drove past Cornell's hydroponic lettuce greenhouses, glowing lush green at the end of a field of white snow. That ended up being a theme for the project and artwork for the 3-CD set from these 2 days recording our wacky improvisations. 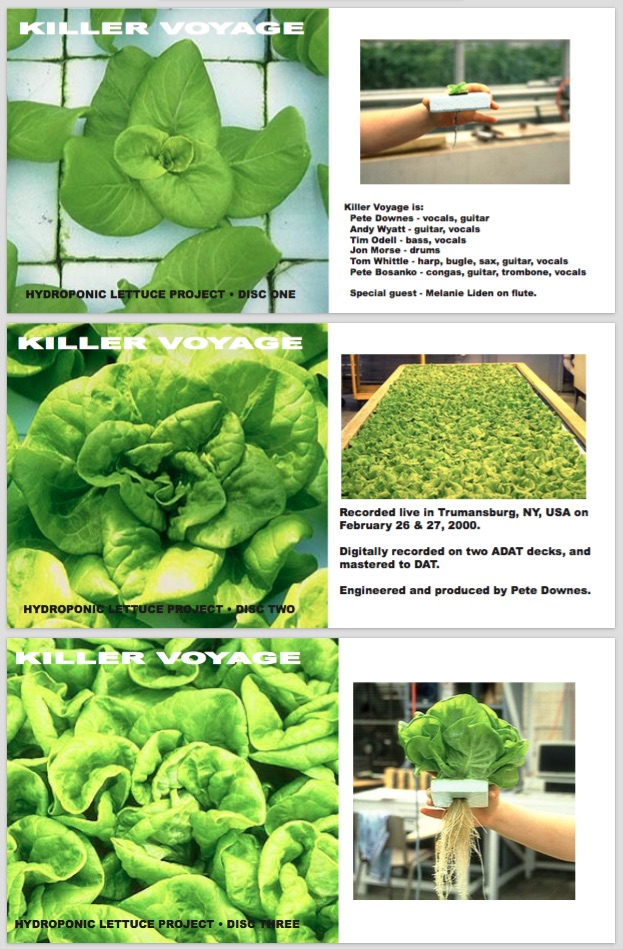 For some reason, PeBo isn't playing on this song. Freebus improvised the lyrics, and plays some electric guitar, mostly panned to the right, and including some great little noodling solos in the "B sections". Tim also plays some killer bass solos during those B sections, and helps with the b-vox. I'm the main guitar, panned to the left, and I sing some b-vox. Tommy plays blues harp, a little saxophone, and a lot of b-vox. Jon's on drum kit, pulling this whole funky thing along.

This song has "(Part II)" in the title because it's a conceptual continuation of "Yummy Yummy Yoo-Hoo", from the previous album: 1997's eponymous Killer Voyage.

Recorded by Pete on a mobile version of his Bigger Than Huge Studio. Mixed and produced by Pete back in Chicago.