Here's another Killer Voyage song, in anticipation of our 2015 session, starting this week Thursday. We'll be setting up in Jon's house, like the old days. Recording and hanging out for 3 days. We will be dreaming hard. 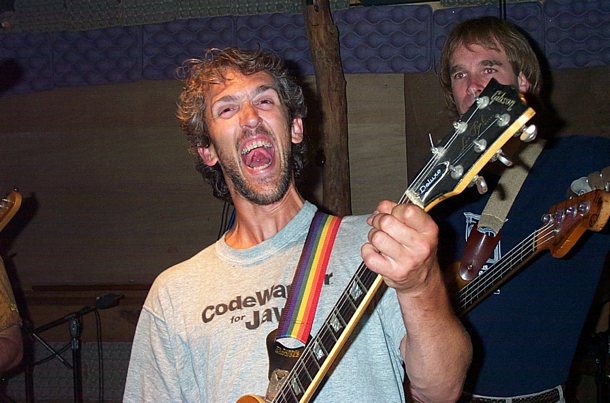 I have no idea what Pete's singing about in the verses of this song, but it's really all about the choruses: the gusto, the passion, the effort. (Or at least that's my interpretation. Pete just made this up, as usual.) It's 2 minutes 52 seconds of sheer fun.

From the classic Fishless Kids Subcommittee session from June 2001. It was Saturday, the only day all seven participants were available over the 5-day stretch of the session. So we have Pete singing lead vocals, Crazy Crazy Tim on congas, Jon on drum kit, Tim on bass, Tommy on slide guitar and b-vox, me on the main rhythm guitar and guitar solo, and PeBo on the funky, bopping guitar that's especially noticible after my solo. Recorded by Pete on his mobile Bigger Than Huge Studio rig, a big mixing board and two ADAT decks. 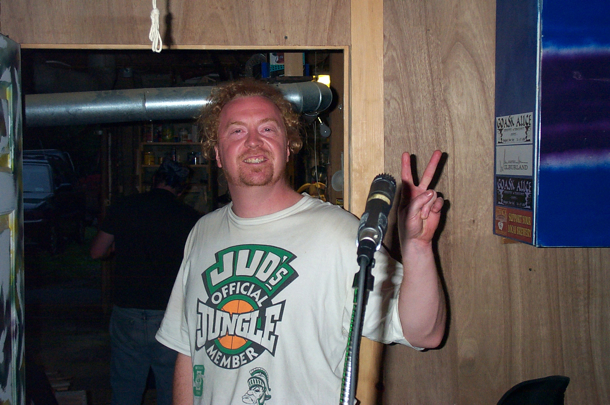