Barbara and I are celebrating our 25th wedding anniversary on Tuesday, December 1st, and I'm still so crazy about her. We're celebrating in St Lucia, in the Caribbean. I've posted already about some of the best love songs I've written for her, like "catch", "Mississippi", "desire", "fire", "hold the moment", "your truck", "lovin' life", "the way you smiled", and of course "wonderful". This is another one inspired by her love and loving her. 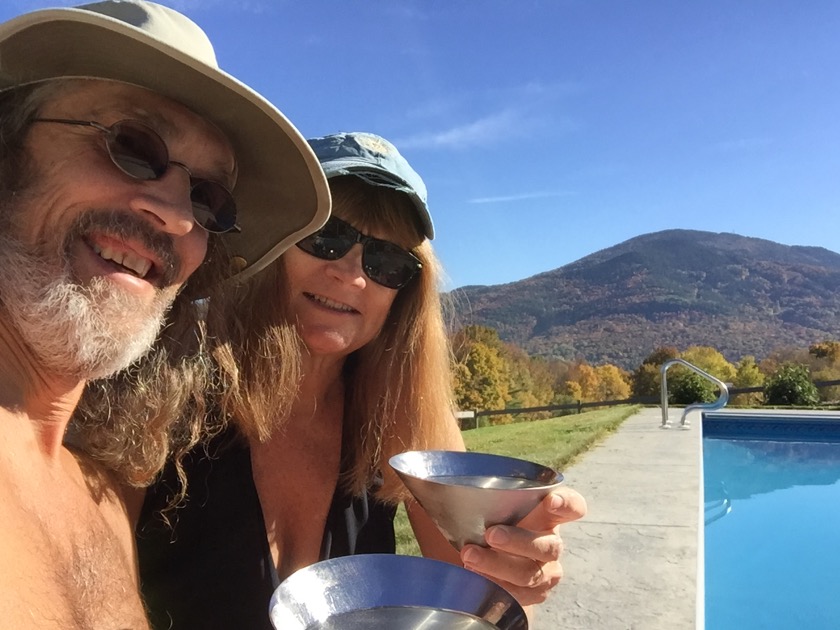 I broke my right foot pretty bad in the early nineties playing indoor soccer, and it has never healed all the way. I had surgery in April 1996 to work on it, and this song was recorded in two days during my recovery at home, a bit numbed by Vicodin. I started out by finding the drum loops, which are pretty huge and boomy. They were sampled from "bongoland" on the "tangerine cowbells" tape of improvisation by my band Everything But Anchovies from October 1995. (Some of those recordings ended up on our album spontaneous combustion.) It's Jon on drums and me on congas, and I found two loops: a 6-second one used in the chorus and a 16-second one for the verses. I got that going then recorded bass [tuned DADG], then piano, then a light strummy acoustic guitar [DADGBE], then a bassy acoustic guitar [also DADGBE], then two vocal tracks. I like the birds tweeting at the end. In my studio notes, I called it a "bangup beauty, rocking along making me happy. A love song!" This ended up on my album leave a trace.

Here's to another 25 years rolling around in the waves (and snow) with my wonderful Barbara.